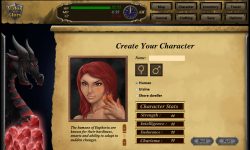 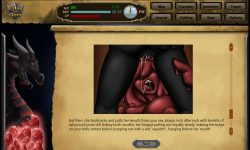 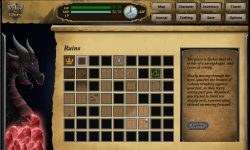 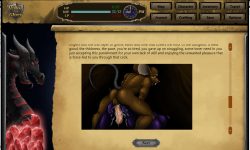 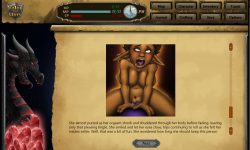 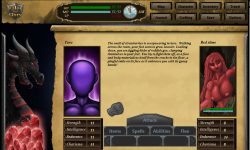 Game version 0.1.1q- 08/10/2017
New features:
– The city of Wetlock has been added. It’s rather barebone currently.
– You can travel to Wetlock by speaking to the gate guard at the outer walls.
– Added a new enemy in Wetlock: the drunken oaf. Hasn’t got a XXX scene yet but comes with its sprite and animation
– Added a sprite for the moohmin enemy. Has its idle animation.
– Added that you can now ask Moira, Smiggins or Ealin for advice on the main quest, and they’ll point you towards Wetlock.
– Added a new F/F + voyour scene. Speak with Sal around 10pm-11pm. Have to have met Moira beforehand.
– Added two new craftable items in the armor category: Venture boots & the Horned leaf cap.
Fixes:
– Fixed a bug where equipment tooltips wouldn’t be shown in inventory.
– Fixed an issue where the menu bar wouldn’t update when equipping gear.

Notes:
– This took quite a bit longer than planned, but these past months have sadly been rather busy in terms of work.
– The backdrop when fighting in Wetlock will be dungeon one until time comes around for me to draw a new one.

The Allure of Wanton Cove.94 by GateKeeper – Futanari