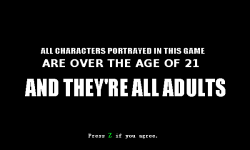 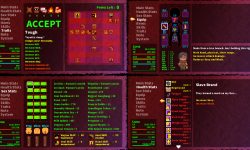 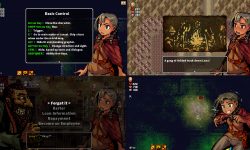 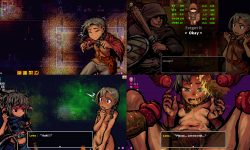 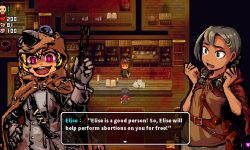 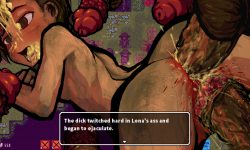 You for now play as the goblins, it doesnt have too much to do but in the meantime you can attack the only other faction’s npcs, the elves. Loot them and enslave them, for now theres only one instance of an elf which you can own and enslave. You can also sell them, fuck them, or let your men fuck them, they have a different animation for their “submission” state, when it’s red, they are not submitted and will have a specific adult animation for you banging and other goblins banging, yellow will have it’s own anim for those two and green will have it’s own anim for those two as well.
Slaves might be virgins, which sell for more gold than not.
They might attempt to escape when submissive and join you when submissive.
Theres also combat, with very few units and special abilities but theres combat.
you can also build structures that will assist your progress.
*Small note, scrolling in this game is done by pressing and dragging with the mouse, thats how you navigate the map and scrollable menus, might be not as obvious as I thought it would be.