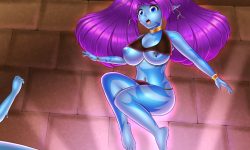 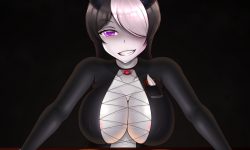 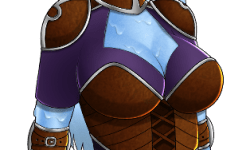 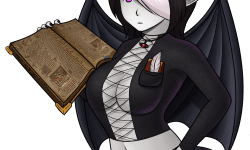 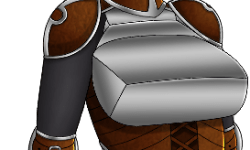 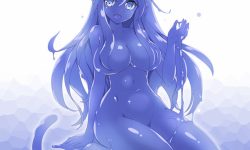 On the continent island of Etrus, a great guild of Heroes can be found, who slay monsters and fight evil wherever they find it (for a reasonable sum of money of course). Yes, there is no organization more famous than they are, made up of the many races of Etrus. In the guild, as long as you’re skilled and will fight evil, you are welcome.

But you play as Lily, a young slimegirl who has just been made, she’s the last of her kind and she hunts for answers of who she was in her previous life, a young female hero who fell victim to a powerful slime queen. Now cast out into the cruel world of Etrus, with no clue who she is or what her purpose is, her only guide is a strange spirit named Etrus who wants Lily to destroy all non monster races in lands. But even in this monster hating world, Lily can find some who’ll like her for who she is and not for what she is, and even help her on her journey, and maybe in turn, Lily can help them. Join Lily as she quests all over Etrus, helping those in need, romancing many people and building one of the greatest empires that will dominate the world of Ealia right up to the Uniting.

This is a story about doing the right thing, no matter what, never giving in to the path of hate and darkness and remaining in the light, because every single thing has a right to live in this world and nothing is truly evil to the core, something that heroes often forget…

The Hero We Need 0.3.2 by Brandygang – Monster girl