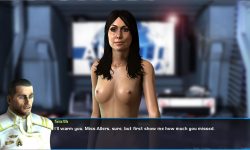 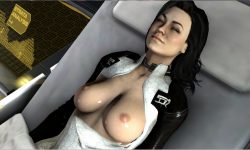 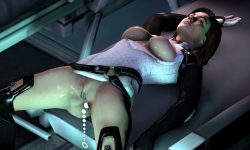 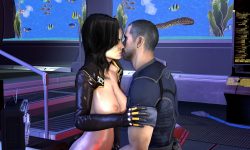 v 0.802
– Shop “GalaExpress” (porn shop and entertainment goods) begins to work. Almost all the items you can use on the NPCs.
– 2 new magazines, including a guest from another game universe.
– The command menu has been redone, the missing NPSs have been added
– Added 2 achievements. They can be opened if you go to Miranda and Jack correctly
– New suits for Miranda, Liara and Garrus (Open with the right actions, you can replace your partner’s clothes at any time)
– The original model of Aria (except for the adult scene so far)
– 2 new animated scenes, including EDI
– Continuation of the line with EDI and her return.
– New NPC Legion
– Complete redevelopment of the captain’s bridge (in the future, other locations will be altered.
– A new planet for exploration, a new planetary battle with a vorcha and a mini-game
– If you do not have combat missions, you can spend time with some supporters or just masturbate.
– Tits of Liara and Tali (???)
– The indicator “attitude” is changed to “influence”
– In locations without markers, you can sometimes find money.
– The donation brings a small percentage every day.
– Fixed bug of the 4th day.
– Multiple edits to the interface
– Cursors replaced
– I removed the slowing down of time when navigating between locations.
– Maybe something else

We would like to present our new project to you. This will be a game parody, freely based on the “Mass Effect” universe. You can download the WIP version of the game already, it contains sexually explicit material. Just saying.
You will play as a clone of a certain Commander. Your goal as the Captain-in-Chief is quite simple – the seduction of all the women onboard the Star Ship”. Good luck with your mission, Captain!

Spaced Out 0.2 by NSFW Space – Adventure

Power of the Dragon from Janeszi – Harem