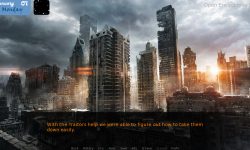 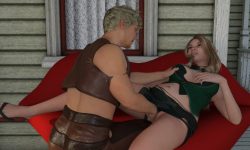 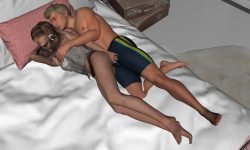 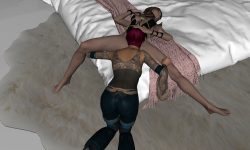 aliens[/url] invade and attempt to wipe out humanity with a viral agent that they just call the Mutagen. As the aliens have experienced on countless other worlds, the mutagen warps the DNA of what ever species it comes into contact with, and changes them in random, violent, and always fatal ways….
Now the reason this is important is because, when they used it on Earth, everything happened to how they expected it to. But after a few months of deaths, and horror….. Humanity changed to accept the mutagen into their genetic structure. This allowed them to survive the plague, grow stronger, and become something else, they were Altered in such a way that the survivors were no longer base line humans.
Humanity took to calling the survivors, Altered beings, and the Altered beings helped to win the war against the alien invaders, and send them back to the stars. Now adays you can find Altered beings in almost all aspects of Humanity. They are soldiers, police, heroes, villains, politicians, models, and so much more. Their abilities run the gamot from super strength, invulnerability, immortality, laser eye beams, the ability to change their shape, enhanced physical and mental abilities, enhanced looks and personality, aura’s that effect people around them, and change their molecular structure at will….. But there is also shape shifters, Psionics, and Magic is all now apart of the world.
Now with all of this you must be asking…. What about the normal people… Are there any.
Yes, there is. Some of the survivors for what ever reason didn’t change, they woke up healthy and normal. But with an immunity to the Mutagen that allowed them to work with others who were infected. Also some parts of the world were successfully quarantined before they were able to get infected.
Now for the fun / bad stuff. What kind of content will you be able to expect in the game[/url]…..
For now there will be the standard.
F/M, M/M, F/F, FF/M, MM/F, Orgies[/url], bukkake, deflowering virgins.
Some exotic.
Public, Body modification, transformations (forced and voluntary, personal and NPC’s).
Slightly more exotic.
Pregnancy, lactation, Amputee (No plans for you to allow someone to lose limbs, but there will be characters you can interact with who lost limbs in different conflicts.) Degradation, hardcore[/url], preggo.
Before I go into the last category of content, I need to explain that there will be 3 different paths you can follow as the player. They are as follows.
Government agent – You work for the man, a loyal and dedicated agent, they speak and you act….. For good or evil.
Anti-Hero – You have seen the good and bad in the world. You know that the government is selfish and corrupt, and you are working to bring about reform and good in your own way.
Villain – Yeah your bad…. No I mean literally, your evil of some variation. You might be ok with hardcore, killing, torture, and what not, or maybe your just a selfish bastard who wants a massive harem, or maybe your completely sociopathic. This choice is yours.
Hardcore / evil shit.
Hardcore, blackmail, kidnapping, forced preggo, Total mental domination. (NOTE: These options are ONLY available for EVIL characters, Villains, and certain choices made along the Government agent route.)