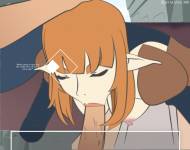 About the Game
Kingdom Defiled is a mix between a dating sim and a strategy game, where you need to rebuild your city and recruit an army to defeat evil.
More XP the higher level you are

Penalty on XP for completing stages below your level

Special rewards for completing some stages for the first time. Like Crystals, orbs, Small, medium and even large devils !
Hero changes

HealingRay now heals the 2 lowest hp targets by 40% of their max hp. Cooldown increased to 3 from 2

Time Portal cooldown increased to 4 from 3

Decay cooldown decreased to 5 from 6

Trippleblast stun chance from 15% to 10%

Falme shower attack modifier from 0.9 to 1.1

Stats are correctly reset on evolve

Evolve effect in hero screen when hero can be evolved

The Doppelganger V. 0.4.1 by Cipciugames – Voyeurism