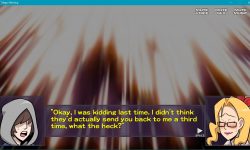 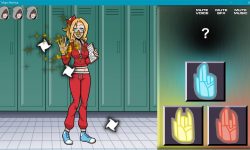 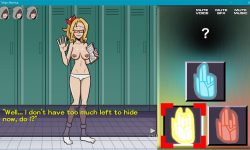 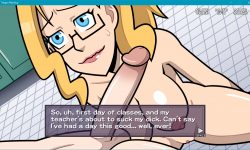 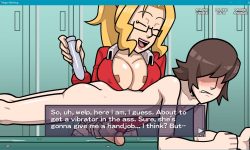 Description:
You’re a college student, going to his first day at what seems to be… magician school?! Normally, this wouldn’t be a problem, except for one thing… you have no idea what the hell you’re even doing here, let alone you’ve forgotten how to use magic.

Well, no problem, you can just remember it over time, right? …except that your teacher, believe or not, is challenging you to a magical battle right here, right now.

Obviously, anyone sane would reject this. However… she says that if you win, you’ll get something special. Now, thinking to yourself, what the heck could be so special that you’d risk getting humiliated in a magical battle–
Oh. She wants to make it a strip battle, and if you win… you get to have your way with her?! Yeah, this has turned into one of the craziest first days at school, by a long shot.

– Over 600 lines of dialogue from The Teacher, all voiced by Diana Lockhart.
– Three CG sexual scenes, with variants (hey, it’s a small game!).
– Fun, simple gameplay, nothing too complex or crazy.
– Priced really cheap; only $5!
– Original soundtrack composed just for the game.