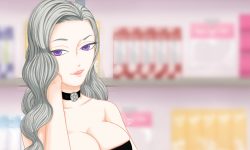 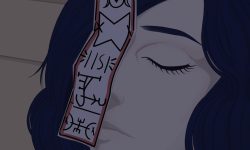 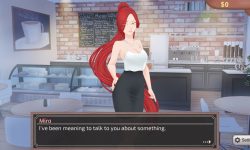 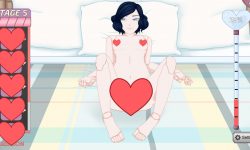 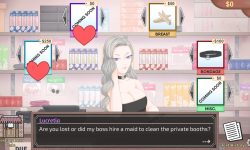 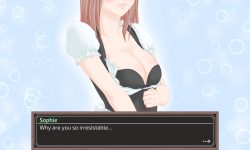 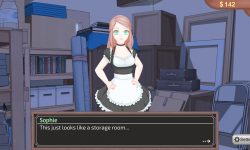 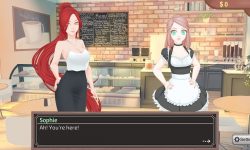 Description:
Essentially, it was a hybrid between a visual novel and a toy based game.
You’ve landed a job at the Resting Bean Cafe & Inn! Friendly coworkers, great pay, a cute uniform– It’s like a dream come true! However, appearances can sometimes be deceiving …
You quickly discover that the Resting Bean has it’s share of secrets. Teamed up with Sophie, you decide to investigate the mysterious happenings in the cafe, but it will prove to be a harder task when your carnal desires seem to distract you at every turn … Just what will you discover?

Project Cappuccino v1.22.1 Build Developed!
Implemented New Toy – Inseminator: Currently available in Room 1 and Room 2 while we do some rounds of player testing and feedback.
Click the inseminator to select a body part to use it on, then time the pumps when the red circle is as small as possible. Properly timing the pumps will fill the meter around the circle that determines which tier of nutting you reach when activating the climax.
Note: The inseminator is not available in Room 3 and currently causes the orgasm meter to rise while it’s in use. There are some sound effects and possible idle pumping animation that we may add so that girls can climax with it. Please let us know your thoughts on the current state of the toy because we are still improving it!
Implemented 4 New CG’s to the Story: These CG’s can be found in the True Route and the Secret Route.
New CG’s have also been added to the secret tab of the gallery that unlocks when clearing 7 of the 8 endings.
Two of the new CGs have a special camera panning effect added.
Implemented Special Character Sprites to the Secret Route: If you’ve played through it, you know who’s getting a sprite in this update!
Updated Credits with new CG’s: Routes that pertain to the new art now feature it in the credits.
Implemented Cerise Ball Gag Cut in Camera – Room 1: Second animation coming soon and will either be the rope or the bunny dildo.

Bug Fixes:
Fixed issue with Mira CG that wasn’t deactivating properly in the True Ending
Fixed secret Sophie flag that wasn’t resetting when starting a new game from a cleared file
Fixed Softlock Issue in Mira’s Route: Rejecting her deal and remaining in the cafe alone with her would cause a softlock and the story would not progress.
Fixed Mira Deal Bug: Mira was approaching player even if they rejected her and it was causing a route to break around days 13-15.
Fixed Music Bug: Suspicious BGM would sometimes not play properly when required.
Fixed Cerise Standing Bug: Playing through a completed save wouldn’t carry over Cerise’s standing, making it much more difficult to access certain routes.
General Grammar and Punctuation fixes.