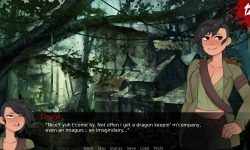 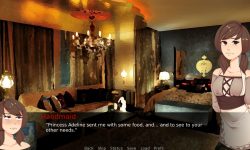 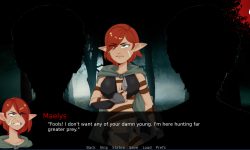 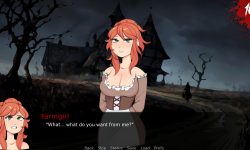 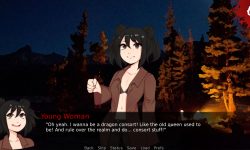 Description:
We all know the story: Hero emerges from humble beginnings, slays the tyrannical dragon, and ushers in a new era of peace and prosperity. But here, it’s the other way around. Ravager is a game where you play a young dragon, determined to reclaim their birthright. To do so, you will need to build your power, ally with dark forces, evade justice, and whet your bestial appetites. The game currently spans the first two chapters of the story: from your birth to the point you claim a lair. It has a nonlinear plot with many significant choices to make (and fun to have) along the way.​
V1.5, “Red Wyrmling”
Dev Notes
Compatible with save files from v1.4 and newer.
The first round of commissions took longer than expected, so the majority will be added in 1.6.
Features
Female and male voice lines have been separated out into different channels, with their own sliders in the Preferences menu. Voice queueing and continuation has been improved.
Vira’s character art added for Princess Adeline. This can be activated by setting Art Style to ‘Mixed’ and Side Images to ‘Always’ in the Preferences menu.
Centaur voice acting added to the first part of the forest scene.
Tweaks
A switchable ‘Art Style’ option has been added to the Preferences menu. Select ‘Mixed’ to see Vira’s character art.
The layout of the Preferences menu has been improved.
Royal guards & Cove mercenaries have been visually differentiated.
Guards & mercenaries are now a bit more expressive.
The knight has been given a much-needed makeover. Green, orange, and purple? What were you thinking??
The abbess now looks a little more like her voice actress.
Loops and breaks have been added to the more elaborate voice acted scenes, to improve flow.
New framework added for the bukkake overlay.
Numerous small improvements to Chapter 1 for handling side images.
Fixes
Fixed missing side portrait for Witch.
Fixed missing side portrait for Knight.
Fixed pathing after thief sisters encounter.
Numerous typo and grammar fixes.