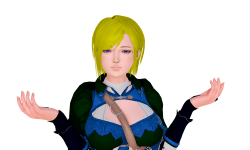 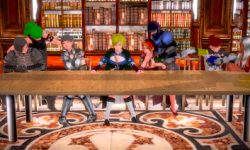 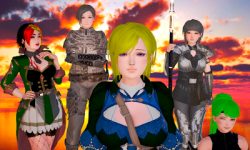 Developer: Tjord
Tags: tjord, rpg, adventure, big breasts, titsjob, mind control, fantasy
Censor: No
Language: English
Version: 1.0.1
OS: Win
Size: In Download.
Description:
In a world living in fear of the being known as the Evil One lives Renan, a boy gifted with intelligence and a knack for magic. As the prophesied catastrophe draws near, can our hero gain power and companions to fight this ancient evil?
Well… no. Because first, he has to graduate from his school. And there’s this thing inside his head that tells him that being evil can be fun too. And the Evil One is not that bad… or is she? Wait, there are two of them??
Divinion is porn fantasy game created with RPG Maker MV and a sequel to The Dark Lord Rises. Renan’s journey continues, this time in eastern kingdom of Sunder, torn apart by the demonic invasion and a civil war. Will our hero and his companions, old and new, be able to stop the threat and uncover mystery of Renan’s return to his original form?
Compared to it’s predecessor, Divinion offers much more polished, less-linear and more satisfying gaming experience, spiced with upgraded XXX content.​
v1.0.1
-Fixed a bug which allowed players to reap rewards from “The Crown of Sunder” indefinitely
-Fixed a bug which prevented further uses of artroscope in Valdir after first, failed attempt
-Fixed a bug in which lady wife in “Full Metal Panic” would not allow the party to leave her house.
-Several other minor bugfixes.
-Added short after-ending scene for patrons, foreshadowing further events