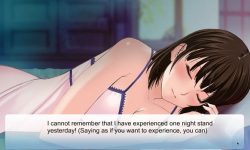 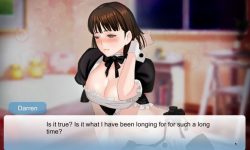 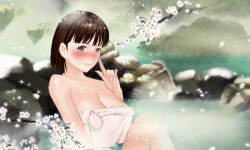 Publisher: SakuraGame
Tags: sakuragame, nudity, mature, anime, indie, teasing, trainer,
Censor: Yes
Language: English
Version: Final
OS: Win
Size: In Download.
Description:
This is a simulation game on the theme of the cultivation of a “celebrity”.
You are a star agent in show biz as well as a fan of video games and animation as well. You have recently set up your own management company and are looking for someone with the talent. Although you have been trying hard, no one talented has been spotted yet. On night, you decided to play H-Game to cheer yourself up. After you finished the game, a strange thing happened: a pretty girl was found in your bed…
Extended:
The player needs to play the lover and tutor of the role at the same time, and live with her under the same roof. Your goal is to create her into a superstar in three years. During the process, you must arrange trainings, part-time jobs, performances and others into her schedules according to her situations. You two are designed to get attracted by each other as the game progresses, also will be in the social networks of other show biz celebrities, as well as to be engaged in the competition against Tianhuang Entertainment, a giant of the industry.
This game takes the demand of players into account in terms of the individualized cultivation of the role, which has been reflected in the multiple choices of cultivation results. Besides, it provides the “CG album” in the settings, which will catch and save the moment of each special event, and the upmost number could be collected is 80!
Moreover, the most attractive part about the game is the infinite variety of costume options provided. Players are able to choose costumes for the role according to their preferences. And different combinations will lift the ability points of the role to different extent.

ONEONE1 – Meritocracy of the Oni and Blade – Humiliation

Reine Works – Signed and Sealed With a Kiss – Completed – Romance