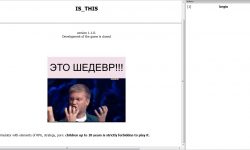 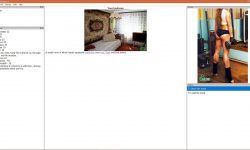 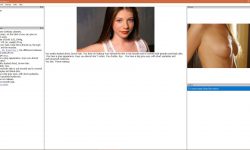 Its a reworked Version of the ETO game made by the Dev now with more events and some support from the mods and the ECV version
Version 1.1:

Altered game events on the beach.
Completely redone Vokzal’na cashier Vera. Since it is the storyline. Written, but it is only part of the game is.
Completely redesigned school. Go to class. Onotole Evgenich no longer furniture. With him a big, fat, nazhoristaya branch there. Even two. And the cashier Vera there is a place to be. Not all had time yet, but it will be interesting. Go to class.
It should look now at the toilets at school and Pavlovian DC.
Disco became more decent, but not as in a village in the Soviet times.
Completely reworked Katya Meynold – 20 Event at the branch. Katja and Vika Meynoldy now really twins, not hrenpoymi.
Greatly expanded functionality Meynoldov home – there appeared a dozen Minicom: house “came to life”.
From zero rewritten Tanya of fitness center in the city – two variants of dating. It is now – the main character for a future Date to BDSM club (in the plans, the benefit of the author of this club is working in a team).
Added chatter for the mom, sis and Katie Meynold – tips for event, gossip. Read.
Hotel in Pavlov’s written from scratch – 10+ the events. A job will take, but it is not necessary blyadstvovat, be a good boy. Or, do not be.
Altered Parks + added a couple of dozens of new mini-events. Yes, keep the money in a savings bank. With a lot of money it is better not to carry: Paul’s – a pretty town crime. And in Ensk better at night in the park do not hang around. Rob Only so. The streets are also a few “come to life”.
Completely redesigned Sony Ivanko branch from the beginning – about 20 new’s Event, several ways of development. The branch is now story. And it will continue. Sonia and changed externally.
Added branch with instructor – 30’s Event, some deadly.
In the Northern Area City appeared SCC, where you can engage in sports and karate clubs, and a money making in the service of a taxi. Yet pustovat JCC, but for the development of a powerful platform.
At the entrance sits forever “granny mafia”. They should be more careful – may defame the entire white light.

The mechanics of the game:
Remade School – 6 lessons each day, over 50 mini-events, slow pumping stat (yes, want faster – ask for help from Botany zauchek!), A huge field for modding, it made sense to podkatyvaniyami to the teacher.
Remade train – do not travel at night, only 5 trains back and forth on the rigid schedule, expect fierce burning and delay.
Added the ability to get to the city with his stepfather – yet without incident, just free.
Remade apartment in the City.
In Svetin entrance made cosmetic repairs.
Changed calculation appearance – a big bonus or penalty can be obtained for matching preferences – breast size, body type, Hair – most importantly, do not forget that britost (or not) legs under jeans can not be seen, but if the skirt …

The technical part:
the replacement of old and added new images and SIFCO – over 1.5GB, organize folders.
Cards appeared (not playing, and geographical). Playing too soon not know.
Altered dynamics of the game (300) to function rebuilt arrays for use with npc, written standard functions for processing npc array.
Gathered, under the icon “i” sheets NPC descriptions.
Changing attitudes is now reflected more clearly, but it is not for everyone, but only for key Persians.
Completely changed the statistics panel.
Parallel written wiki standard features used in the game.
All new and many old and event locations are divided into code / text for better readability and easier editing and / or translation of texts.
Added system settings – Change interface colors, sizes, default images, preferences in the calculation of the exterior, etc.
Added modding – with straight hands and a little fantasy game can be extended by more than 30K mods.
Pavlovsky and Ensk moved slightly poyuzhnee – now you can hang out on the beaches until 1 October. If you are lucky with the weather.

The Magic Portal by morbo – Fantasy