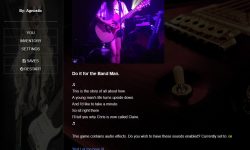 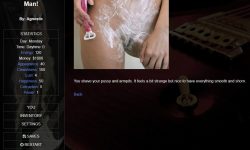 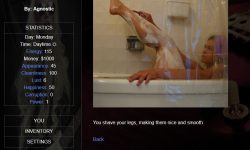 Developer: Agnostic
Tags: agnostic, html, simulator, bathroom
Censor: No
Language: English
Version: 0.2.1
OS: Win
Size: In Download.
Description:
This game was intended as a submission to the sis sites/addiction contest but I didn’t make the cutoff time. I lost a ton of progress I had made due to some stupidity on my end. This isn’t even as far along as I was a month ago. But it’s still playable, although a lot more stuff is placeholder than it had been. Consider this is a very early Developed.
I decided to put this out there to give everyone something to play around with and bring in the new year. If you don’t like games that are early in development then move along. 🙂
The game is about a guy who makes a deal to achieve his dreams, and of course it goes very wrong.
It plays out like a lifesim. Lots of stuff is still placeholder, but there are a decent number of events and things to do.

New U Salon by ElenaStarz – Simulator

The Change Games.07 by Third – Simulator