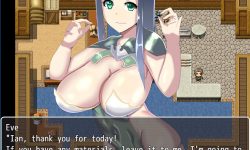 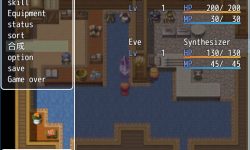 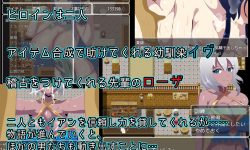 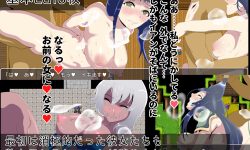 Description: A villager boy Ian went out of the village with the view of grabbing a big money,
but the reality is severer than his expectation. When he comes back to the village
with his dream turned sour, he finds that his childhood friend girl Eve suffers from a debt.
She must repay G100,000; otherwise, she will be forced into marriage with a stranger aristocrat.
Ian grabs his sword again, having Eve at his side, in order to repay her debt before it falls due.

Content:
An RPG with the theme of NTR/cuckoldry.
18 base CG

* System
Ian and Eve make money on their adventure. For example, they:
– go into dungeons and hunt monsters down
– collect materials in the dungeons
– bring wanted men to the guild
– get prizes in a fighting arena
and many more. When they get G100,000, you can go to the ending.

Going through a dungeon takes Ian’s MP. Make full use of his MP which is limited.

* Heroines
Eve is able to synthesize materials from dungeons into new items.
These items are likely to assist in their adventure.

Another heroine named Rosa teaches them skills and
trains them in exchange for some particular items.

In the beginning of the game, both trust in Ian but as the story
goes on, they will get seduced by other men.

Fallen – Makina and the City of Ruins – Corruption