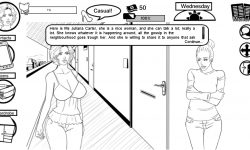 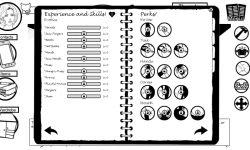 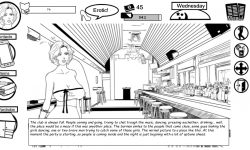 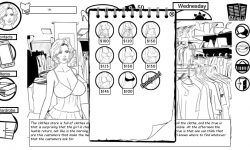 v.0.7
Build 7
Second scene in the House Maid Job – Taking the old man to sleep.
A new scene after complete all three events of Ian’s Quest.
Well, I made it the second scene in the House Maid Job before the end of the month. Like I said, I ran into a few troubles in the last part of Ian’s quest, I put something in the new build, but a huge chunk cannot be implemented since I need to finish a critical part. From now on I will make first a safe part for the build, and then I will keep working in the part of Ian’s quest that crushed me down.
So, in the next post I will write about what is coming in the next build and a new poll for more content.
And I will keep you guys in touch with my development in the rest of the parts of the game that I’m working on.
As a note, in this build, the scene that I made have a new way to take into the porn scenes, I will talk about it in a later post.

Dieselmine – Violated Hero ~I Wanted to Chivalrously Save the World~ – Ver. 1.4 – Rape