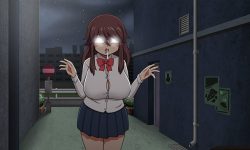 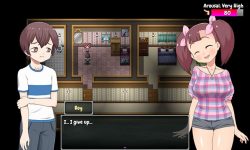 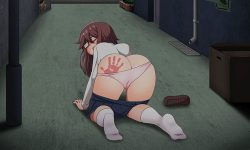 Description:
School of Lust can be best described as an porn RPG and Visual Novel hybrid, with life / dating simulation and dungeon crawling mechanics. The gameplay was inspired by the Binding of Isaac and Zelda. You get to play a boy genius, who is mysteriously transferred to a prestige school called Harfort, where only the brightest and most exclusive students are blessed to study. To his surprise, the boy finds out that Harfort is an all-girls school, and he’s the first boy to ever attend. During his eventful stay, he unravels the reason why he was transferred to this secret place, and why some students have gone missing …

[Added] 3 new animated H-scenes to finish the hypnotization (peephole) event of Natalie.
[Added] a new H-scene to finish Violet’s tireswing event. You need to play as the alter-ego (after October 3, 2044) to unlock this scene.
[Added] a new H-scene of Flora and Natalie sitting across the dinner table (available after September 30, 2044).
[Added] a new animated H-scene of Claire during class (requires you to learn Magic Level 2, which can be obtained from the second floor ‘boss’ in the Hole).
[Added] a new CG when first meeting Sofia on the basketball court.
[Added] a new CG on day 3 when Zoe jumps off the building.
[Added] 10 new quests: Urgent Request #2, Switcheroo, Hold the Wambulance!, Rescue the Wambulance!, Illegal Alien, Catch that Pussy, Lust Toys: Violet, Lust Toys: Sofia, Lust Toys: Natalie, Hypno Natalie #1
[Added] Zoe in (the southern part of) town, including a bizarre quest and spending time with her (+Knowledge).
[Added] Nicole in her bedroom (which is no longer locked). Only possible to ‘Play Tag’ with her at the moment (+Effort).
[Added] (everyone’s favorite) uncle Gip in Flora’s bedroom.
[Added] a new girl (Dunia). Appears at the end.
[Added] gifting the girls. The player can now give the girls gifts that can be bought from the gift store in town, which may increase the player’s romance level with the girls. Each girl has their own preference of gifts. Certain gifts will increase the player’s romance level more than others, and we’ve tried to keep this as obvious as possible (however it may still require some trial & error). Please note that increasing the player’s romance with certain girls is pointless at the moment. Currently, only the final h-scenes (tire swing quest) with Violet and (hypnotization quest) with Natalie require a romance level of 3 or higher, so there is no need to upgrade the romance of the other girls. In the upcoming updates, the player will be able to invite the girls on a Developed or perform certain other actions which require a certain romance level.
[Added] a lot more smut toys (to find in the Hole and sell in the player’s shop). There are now a total of 18 smut toys to find in the Hole (depending on how far the player has progressed).
[Added] a more advanced shop management system. Completely revamped the way player manages the shop, including the option to advertise, hire staff members (one of the girls) and upgrade the shop. In the upcoming updates, customers will provide side-quests and there will be exclusive H-scenes for the staff members.
[Added] optional class attendance after the third week. Now the player can skip class (excluding Fridays!) without any (major) repercussions. Scarlett will call the player in on day 22 to give a short explanation.
[Added] drops from students that player defeats in the Hole. They now have a chance to drop adult toys AND a small chance to drop keys (Rusty Key) to open chests with.
[Added] a mini-game when playing basketball with Sofia in Harfort.
[Added] the option to change the name of the boy protagonist (by interacting with the computer in the bedroom). Useful if you use someone else’s save file.
[Added] additional text messages sent by other characters to the player’s phone to inform the player what they are doing (and where they are), and now you will hear a sound (and text) notification during gameplay when the player receives a text message on his phone.
[Added] playing as the alter-ego after October 3, 2044 (including the option to play during the nights). This part is still very much under development, and the only thing the player can do at the moment is go outside the house and finish Violet’s tireswing quest as the alter-ego.
[Added] “X-ray” to Violet’s tireswing scene and Natalie’s final animated hypnotization scene. We’ll make sure to add “X-Ray” to future H-scenes as well.
[Added] the option to masturbate when interacting with the bed (during evenings or weekends). This removes player’s arousal rating, but reduces the player’s charm skill. You need to complete the ‘Natalie’s Peeping Tom’ quest, before this option becomes available.
[Added] extra hints that appear during gameplay.
[Added] toys to be found inside garbage containers/trash cans on multiple maps.
[Added] fast travel from school to home or town.
[Added] the option to cheat, which maximizes player’s money, skills and romances with all girls. To cheat you need to talk to the ‘Fortune Teller’ behind the church and house with the light blue roof (outside the boy’s house). However, there is one downside to cheating, which is that the player’s name changes to ‘Cheater’ for the rest of the game. You will no longer be able to change it, so think carefully before you choose to cheat.