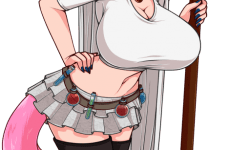 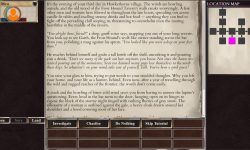 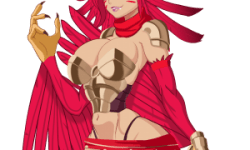 Studio: Savin
Tags: savin, big breasts, female protagonist, male protagonist, futanari, furry, shemale, html game
Censor: No
Language: English
Version: 0.2.5
OS: Win
Size: In Download.
Description:
There are many, many worlds.
One, called Mareth, was perhaps the heart of them all. Cracks in the space between worlds, called portals, all seemed to lead there. Many portals led to Mareth, but none left it.
One sacrifice came from the village of Ingnam. This so-called ‘Champion’ was but a pawn in the village elders’ long plot to extend their lives, but the Champion escaped her fate by beating back the demons’ minions waiting on the other side of the portal, and set out on a one woman crusade to bring an end to the Demon menace once and for all. That was a year ago, and a world away.
You have never heard of a world called Mareth, nor a village named Ingnam. Nearly a year ago, you set off on your own, leaving your former life behind to seek your fortunes on the wild frontier — a year of traveling, exploring, fighting, and surviving alone. You’ve earned yourself a little coin in your travels, enough to book passage to the furthest reaches of the known world: the Frost Marches.​
0.2.5 Patch Notes:
New Enemy in Havest Valley: Marefolk males, aka Crazy Horses. While male marefolk are normally lustful brutes, the local corruption has only made them bigger and hungrier… (By Questy)
New sometimes-guest at the Frost Hound: Lusamine, the wyld elven gossip-monger. (By Bubble)
New location in Hawkethorne: the gym! Written by Wsan, and coded by new friend Coolmn!
Hretha can be approached again at the orc camp. If you didn’t rape Infrith, anyway.
Brint has new scenes for trap PCs. (By Wsan)
New TF: Mothfolk
New Codex: Slimes, Sheepfolk