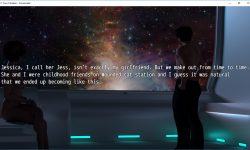 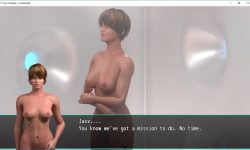 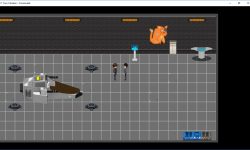 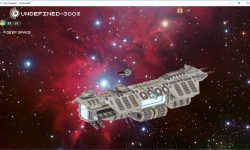 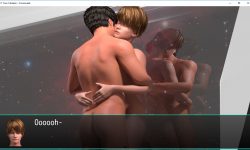 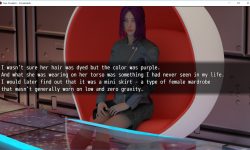 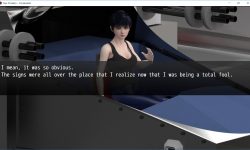 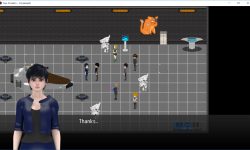 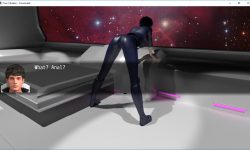 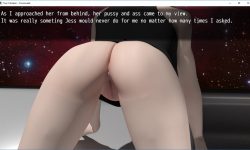 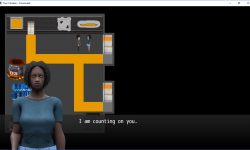 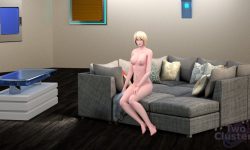 Description:
Year is 9614, Jaxx is a member of a pirate gang called “Wounded cats”. His life has been okay. Earning is fair. He has a girlfriend who’s been in a relationship with him for over a decade. There is no pressure to tie the knot. Life is merry and well – until a new female member arrives at Wounded cat’s station amid political instability within Solar system.
She begins to shake his life and Jaxx will have decisions to make. Thus, “crossroads”.​

Patch note version 0.2.1
Some major bugs fixed and further balancing of opponents.
Story progressed far enough for Jaxx to have his first thoughts on his relationship. This adds an event when Jaxx spends his time alone in his room once his relationship with either girl is past 110 points.
A new girl, Evie, is finally added. With her in the game, Sonia’s quest can now progress.

.0.2.0
Patch note version 0.2.0
There are two new girls in making and I wanted to introduce at least one of them in 0.2.0 but neither makes her debut.
Since it’s been more than a month since the last update, I decided to Developed what’s been added.

Patch note version 0.1.4
Second pirate faction, Behaving Jerks, has been added. Jaxx’s space chart has been updated to add routes to enter their space. A new unique character “Otto” added. More will be added later.
You can start a mission from Sonia once you meet the requirement.
Story progresses (a little). A short (gay) scene added for Zchon.

Patch note version 0.1.3
I am working on to add the second pirate faction: Behaving jerks. I am unable to show anything yet, though. I will add them in 0.1.4 probably.
As usual, story progresses a little.
Fourth scene with Jess is added. Requirement to trigger is in the gallery room.
SOL-2691 sector is open. It’s virtually empty at this point.

The Typist – Because I Love Her – Chapter 7 NTR – Interracial