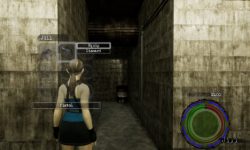 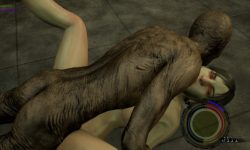 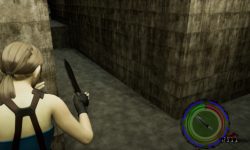 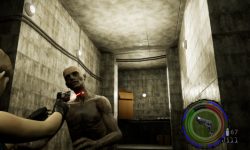 Change-Log Bioasshard Arena V0.2.105
*This project it’s for adults only.
*BIOASSHARD is a free project. If you paid for it you have been scammed.
*If you’re a Patron you’ll have access to some extra advantages like Early Access and some in-game extra content.

Change-Log: v0.0.3
+Added+ A little easter-egg/extra in the Main Menu/Title Screen for those who complete again the Arena
+Changed+ When an Infected discovers you from a high distance it pops to your direction without turning animation. This should have changed now
+Changed+ Small tweak to the inflation morph to try and avoid some clipping in the cloth
+Changed+ The “help” text for the Patreon option in the Main Menu/Title Screen
+Changed+ Version Number on Main Menu/Title Screen and in the Results Screen to reflect the new version
+Bugfix+ Sometimes when aiming or getting hit Jill’s model start to glitch (like vertices going crazy around the map) and stop after a second or two.
+Bugfix+ When getting KeyItems you can see Jill going naked for a second
+Bugfix+ When triggering the end of the countdown scene while being sexttacked the QTE UI graphics will remain there even when you auto-counter it after the scene
+Bugfix+ Grammar error in the first door when examining it while still closed