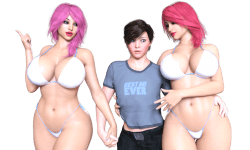 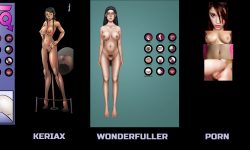 Trap Quest was created with Inform and has IFID 0CE9DBC4-C823-4C08-8111-3F22E4801908. To play a work like this one, you need an interpreter program: many are available, among them Zoom for Mac OS X (NB Sierra update has broken the game, and you need to use WINE) and for Unix; Windows Git for Windows, and Gargoyle does an okay job on all platforms if none of the others are working for you.

Sensual Haunting from SexandGlory exclusive for Lesson of Passion – Interracial

Elena's Life by Nickfifa 0.8+save – Corruption

Life of a teacher by Lesson Of Passion – Big breasts

The Defeat of Little Red from philo hunter – Transformation