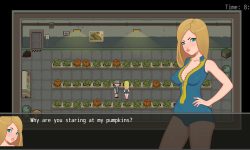 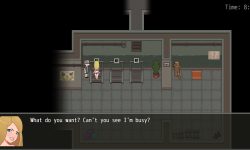 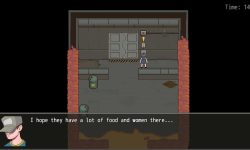 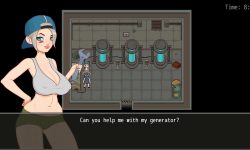 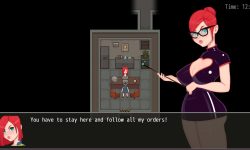 In this game you will be taking the role of a member of a four person family. You can be the Daddy, Mommy, Son or the Daughter. The game starts after the world as we know it has come to an end. So you and your family must survive in a bunker. The game will go day by day and you will be picking the jobs that everyone will be doing that day. There are 4 jobs to pick. They can work in the lab, growing food, or in the armory making ammo and doing upkeep on weapons, or in the maintenance room keeping the power level up, or they can clean the bunker.
Now this game will have lots of choices to make. A lot you would expect in a post apocalyptic game, such as helping people, letting people join your group, fighting other survivors, to choices you wouldn’t expect, such as what some characters wear, wither your daughter/sister/self is a futanari, or who you want to have porn with.

The game is made with RPGmaker VX ace.
It will contain many things such as Hardcore, Traps, Futanari, monster girls, slaves, lesbians, gays, bestiality and more.