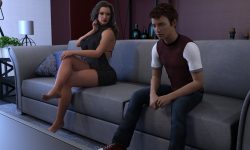 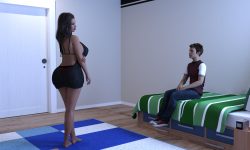 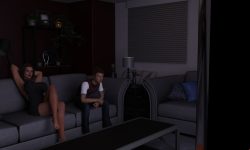 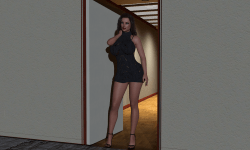 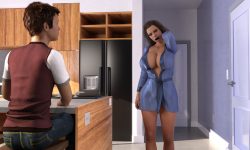 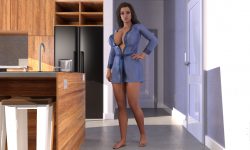 Description:
Here’s the intro for Staying with Aunt Katie. I can’t stress enough that this is just the intro — so depending on your reading speed will probably be over in five minutes or so. It stops right before where I plan on putting the tutorial.
A couple of other things about this:

info
The game uses regular maps for now but I plan on eventually switching over to how Cohabitation is, with an image representing each room and tags to click on. Needing roughly four images for each room (daytime, daytime with Katie in it, nighttime, and nighttime with Katie in it) is time consuming due to having to render them. Hopefully, by the time I upload the first real version of the game, they’ll be done.
In the last image, Katie’s robe has some noticeable clipping issues. I’ll eventually re-do it in hopes of fixing those problems but it isn’t a high priority. In those last two kitchen images you’ll probably notice they’re more grainy than the others. For some reason scenes in the kitchen are extremely heavy renders — the other images took maybe 30 minutes to finish completely at 100% but those two didn’t even get to 50% after an hour of rendering. I’m guessing it’s due to the more complex lighting and shadows but I’m still working on getting better at scene optimizations so I’m not entirely sure.