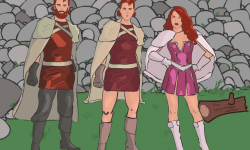 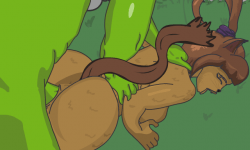 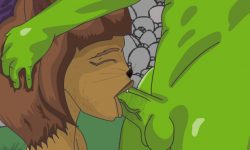 The project is a combination of a Beat em up with strategy building.
The player, an outcast half-orc trying to build his own settlement, will be able to raid an attack different settlements.
The raids will play out as a beat em up, there Turuk will be rewarded resources upon victory.

Said resources can be used to upgrade the settlement, build armories, defenses, dungeons, etc etc, said buildings will provide upgrades for the raids.

Where does the NSFW part come in?
Well, after completing raids you will be able to capture slaves, some male and some female. You can put the male to work and use the female to your liking, either work or smut.
A bigger, more industrious settlement will increase your reputation among orc tribes and will get you orcish followers, which will assist you as AI during raids.
The game now features:

– 8 different servants for your harem.

Deep In Evil from D1er34 – Fantasy