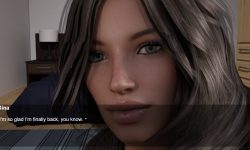 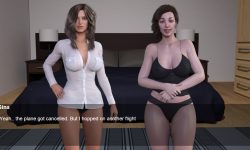 – ETHAN’S LEGACY Act.02 Ver 0.3a –
Hey guys,I’m just explaining the change in direction for the future contents.
First off, I’ve removed the chapter system for the next 3-4 “chapters” and all of them will be grouped in an “Act”. Essentially making the previous 4 chapters (prologue, chapter 1, 2 and 3) the first “act” of the story.
Why did I change the system? Well.. there will be “variables” that persists in between “chapters” for the next act. They won’t affect the story too much(however there will be slight deviations on how the scenes goes).
Does this mean that there will be choices in the next Act? Probably not. But you’ll see a similar “relationship” system that will take account of what you did with each characters. So, if you don’t have enough “relationship” points, some actions like: kissing, smut, etc, Will be blocked completely.
Then, the next thing I want to say is the new acts after this will continue off from the “true” ending from each act. Meaning the next act will start off only from a set amount of points that is predetermined.
The amount of content produced will be similar, it’s just how the content are Release date is different. Don’t worry about that. Also, the next act will be compressed into a single game, so expect bigger file size and my head exploding from failed uploads

My Legacy Act 3 ver 0.1a from VengeanceXXX – Mind control