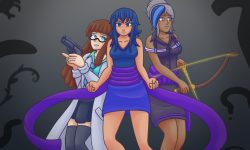 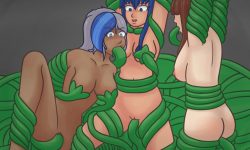 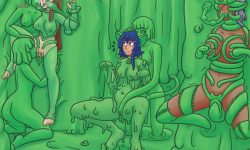 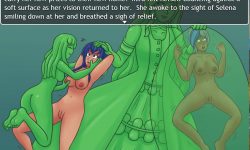 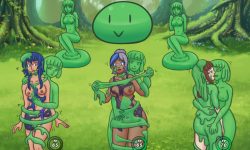 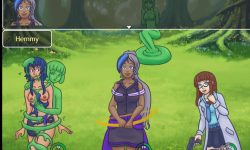 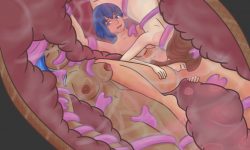 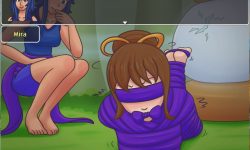 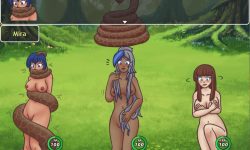 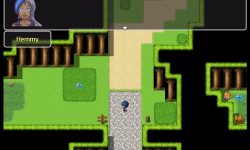 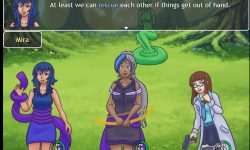 Game Developer: Ankhrono
Tags: ankhrono, female protagonist, nsfw, turn-based combat, yuri, monsters, fantasy, rpg, role play, lesbian, action, attack
Censor: No
Language: English
Version: 0.2 Wip
OS: Win
Size: In Download.
Description:
It has been a long time since the launch of Mira Co Rescue with small bits of previews appearing on DA but for the most part not too much of a pulse for quite a few months! Things are back on track with development; however, from this point forward I will be primarily focusing on the Battle Sprites and new areas rather than getting bogged down in all the details of a fully complete map with Game Over images, on map events, etc.
Moving from the first area and onto Emma’s Garden had a few things change that were adding a lot of time to dev work. For example, there is a Work In Progress version of the Tumblevine Game Over which can be seen in the gallery after you’ve defeated the boss for Emma’s Garden. Instead of the static image which a few changes I started to do several part images. I’ve gestured the other standard enemy Game Over images which have several parts with slight variations still but were taking a while to complete between my day job where the previous Game Over images didn’t take too long due to not having to completely redraw the scene. I will be returning to do these but for now we’re moving onto the portion that has kept a steady pace when being worked on streams: The Battle Sprites.
That may be a little disappointing for some as the Game Overs do add a little bit of context as to what happens when the girls lose, but to keep the project rolling forward I will be focusing on the in combat perils as they are quite fun to put together. I think the root cause is I am still a bit uncertain of my artistic abilities when it comes to framing three or more characters in a scene with various interactions. I’ll only improve through doing them though so bear with me.

Pokkaloh – Colonizing an Island for Questionable Purposes plus Cheats – Lesbian