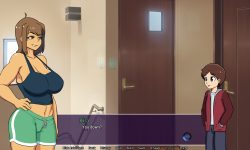 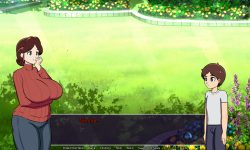 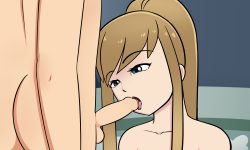 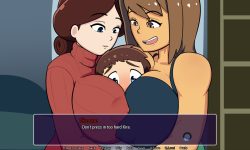 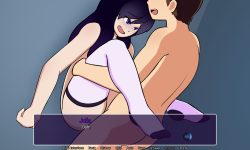 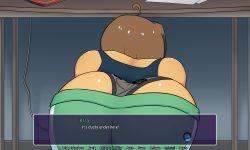 Platform: PC/ Windows
Who are we?
Adult Curse Publisher is a small, 3 person group with the goal to create satisfying, entertaining, and free XXX video games. We consist of an artist, programmer, and writer. Each of us is dedicated to our specialty, and we work closely together so that our abilities compliment each other to bring our games to life.
Hardcoreral Awakening is a story based 18+ sex game created in Ren’Py.
Scenes
New Kira (Big Sister) scene with an animation! To make the scene available, you must progress to the following day. You must also complete all of the previous Kira scenes prior to this build in order to see the new one, and be at Level 4 Boldness and Level 6 relationship with her. If you have already done a scene with Kira during the same day, then you will need to wait until the next day for it to be available. Like other scenes, this new Kira scene can be revisited by selecting the “Scene” option in Kira’s menu and selecting appropriate “revisit” option. The scene can also be replayed by dreaming in the player character’s room.
Adds a message confirming when a boldness level check is met for a scene when the prompt for the scene first appears.
Added option to enable porn sound effects in the preferences menu (only applies to animations). It is switched off by default.
Added two new Kira conversations. One can occur as a normal conversation, (from the “talk” option) after the 2nd Kira scene, and the other occurs automatically when talking to Kira after the new scene with her is completed.
Improved animation transition when changing speeds in the new Kira scene.
Fixed a bug that caused the new Kira scene to use the last segment of the revisit version instead of the normal version of the scene. This may have occurred if you changed the speed settings during the animation. If this happened to you, you can replay the scene by talking to Kira and selecting the topmost option. The correct last segment of the scene will play, and the new Kira scene will be considered complete. The revisit version of the scene will then be unlocked.
General
Removed usage of Nate’s default name instead of the player-chosen one in the math mini-game dialog.
Increased “Boldness” level cap by 1. If you have enough Boldness exp/points for this level already you will be set to this level automatically after loading a save file. Rolling back, (ie. by clicking “back” on the quick menu or using the mouse wheel to go back) will set the level to whatever it was at the time so you may need to save and load again if you rollback right after loading.
Increased Boldness exp/point requirements for each level by 1. Note: This won’t lower your current boldness level.
Increased Kira’s relationship level cap by 1. If you have enough relationship exp/points with her for this level already you will be automatically set to this level.
Made an aspect of the math mini-game on hard slightly harder than the medium version, as intended.
Updated the message shown when player gains boldness but the level is maxed out to be natural sounding.
0.0017-Alpha