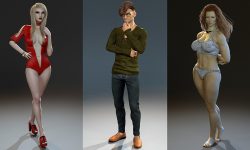 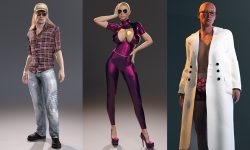 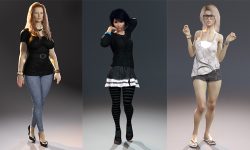 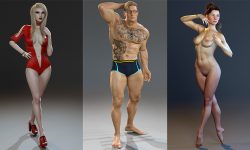 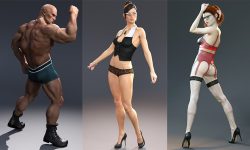 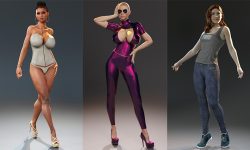 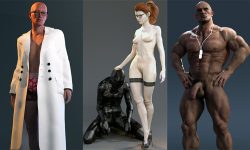 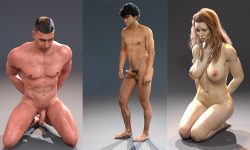 Hard Times in Hornsville is a sandbox time management game focusing on porn themes, including several fetishes.
The game is focused on player choice and interaction. Compared to similar games the descriptions are shorter but can vary significantly depending on the players looks, statistics and previous decisions. The content is highly modular, separate pairings and fetishes can be accessed independently from each other. You can become a headstrong, dominant transwoman with a huge dick or a freakishly muscular but meek man working as a submissive housemaid.
The game currently contains more than 350k characters (about 70k words) worth of text, over 50 3D rendered images and a dynamic player avatar.
This Date is considered an alpha state of the game with about 1/3 to 1/5 of the planned content ready.
Big Content Update 09.19:
This is our biggest update yet, close to half a million characters worth. It consists of:

– Fixed a bug which prevented some players from sleeping with Candy if they were transexuals themselves
New in alpha access:

Two completely new NPCs to meet, two others you might have had a…passing acquintance with before and the surprising return of an old friend.
Total alpha access content ATM:

About 110k characters worth of text and a dozen pictures.

– A new task for the main plot. You can access it from the mysterious app like the others.

– An option to change your face. Changing to a more masculine/feminine face will adjust your femininity in game as well.

– The Horn mansion, the next phase of the main plot
More alpha access content is scheduled for the 11th of October and will contain the finishing of the main plot and the canon ending to ‘Hard times in Hornsville’

The Repurposing Center 0.1.14a by Jpmaggers – Simulator