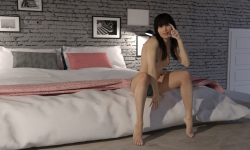 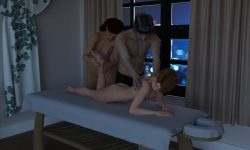 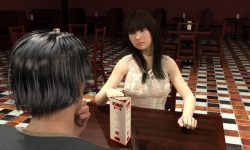 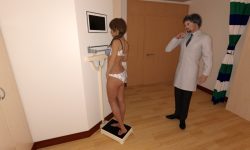 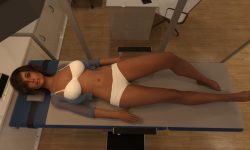 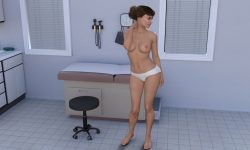 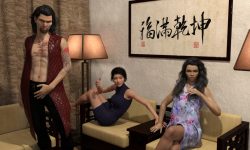 GENERAL:
* Corrected some bugs
* Fixed a problem when examining Rita’s breasts. The examination won’t proceed automatically to the abdomen.
* Added height and weight check in Rita’s exam
* Starting with the 4th examination the “3 questions/exams” limit has been removed. You may now perform as many exams as you lik. Beware though that making unnecessary examinations will lower your final evaluation.
* Added a summary of choices made in Family Time story arc. The summary will play after the event is completed.
* Revamped all choices with a new system based on “switches”. This system will pave the way to achievements in later updates.
* Added 142 new images (327 total)

GAMEPLAY
* You can now earn charme by going to the gym (+5) or to the pool (+3)
– These stats are still a mere placeholder and don’t have any usefulness yet
* Added new dialogue options at the end of Trip to Seattle’s storyline. The new dialogue will introduce players to Hospital Exam’s game mode
* Added medical instruments to perform advanced examinations. The instruments’ catalogue and buying options will be avalaible in future updates. For now the game will act as you own them for free.

STORY:
* New storyline: “Trip to Seattle”
– Depending on player’s choices on the storyline a new adult scene could be accessible
– TTS will automatically start while playing the game and choosing daily activities. TTS is scheduled to begin on June 8th (in-game calendar) and June 12th.
Known issues:
– Vanilla mode is still not completely implemented. Vanilla mode is the same as “Story Mode” without sexual interactions of any kind.
– Stats/Money gain and loss is functioning, however stats are still not used in events nor situations
– The game will end on June 30th to prevent players to go further. Full version of the game will cover an additional 11 months and there will be at least two more events in May.
– Rita’s shadows while weighing her are ugly. I know that and I will fix them asap.

In development (avalaible before final update on July 31st!):
– Working at the Hospital is still not avalaible, apart from the introduction after TTS storyline. You’ll get the first hospital exam with July 31st Date of 004
* New hospital exam avalaible: Nolan
– In Hospital exams you’ll have not only to examine patients, but also to use instruments over them. When the stethoscope isn’t enough you could need a portable EKG machine, needles or even a scalpel!
Choose your actions wisely because in hospital examinations the patient’s lives are at stake!
– Working at the hospital will grant you a bonus of 500$ for each well-performed exam but if things get rough you could be investigated by both the Medical Board and the police! For Nolan bad consequences will be implemented in
future updates
* Added sound effects (breathing / heart) to all examinations

Path of the Dead ver..0 Full by Floser – Visual novel