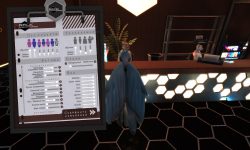 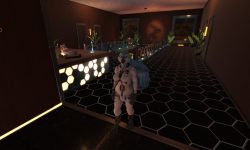 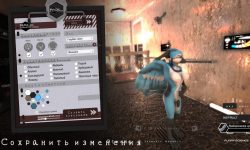 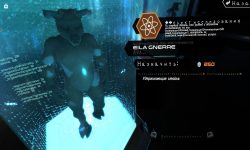 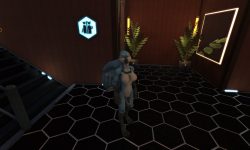 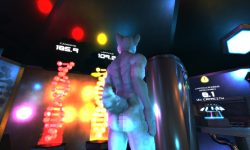 Rack 2 is the successor to Rack. It is a science/bondage-themed sex game featuring male and female test subjects made in Unity.
– KNOWN BUGS: Test subjects sometimes have glitchy dicks, and RackNet is temporarily unavailable while I wait for an API update from PlayerIO. I was initially going to just wait until the update was ready, but people are getting antsy, and I figured y”all deserved something more than an “it”s coming, I swear” status update.
– Female characters can now squirt.
– The entire cum framework has been replaced with one that looks better and runs MUCH faster.
– You can now customize your own character”s sexual characteristics, like their stamina, sensitivity, tightness, and how they cum/squirt.
– You can now customize your own character”s sexual preferences. These do not override your own personal preferences (as chosen in the Preferences menu), but they do affect the way your character behaves as a test subject when uploaded to RackNet.
– You can now pleasure yourself in the shower, to test out some of your sexual characteristic settings. There is also a button to instantly give yourself an orgasm to test cum/squirt settings.
– Racknet will now properly handle custom textures and decals. Hairstyles are still being finicky, but I”m aware of the problem.
– Several stability issues and security exploits within RackNet have been fixed.
– Several memory leaks have been fixed, including the “big one” that prevented most people from playing builds 0.1.10 and 0.1.11.
– Several character animation and physics issues have been fixed, especially around the pubic and belly regions. Balls are still being a bit wonky, as has become customary.
– The “ghost” shader has been updated for better compatibility with older GPUs.
– The game now uses deferred lighting instead of forward lighting, if your GPU supports it. This results in a boost to rendering performance, and it allows me to use more intricate / detailed lighting.
– There is now a framework in place to automatically chat/emote during smut. I want to stress, however, that the actual content isn”t even remotely finished, yet. The characters, including you, will say a lot of wacky stuff that doesn”t make sense.
– The new character texture loading system has now been implemented for both Mac and Linux. I do not have firsthand access to mac/linux boxes for testing, so mac/linux users, please let me know if this worked.
– As a reminder, all of the gameplay-related variables are completely unbalanced, and only exist for testing purposes right now. With that said, however, using automatic control modes should no longer cause a massive drop in how much pleasure you receive.