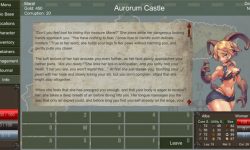 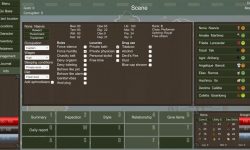 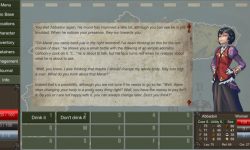 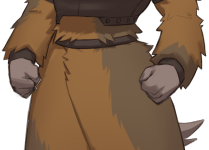 Game Developer: Duodevelopers
Tags: duodevelopers, text-based, rpg, monster girls, monster boys, character creation, pregnancy, XXX, monster smut,
Censorship: No
Language: English
Version: 0.2.9
OS: Win
Size: In Download.
Description:
The game: Debauchery in Caelia Kingdoms (DiCK)
DiCK is a free smut text-based RPG about a MC that inherits the title of a city, few years after a Great Plague scourged the world and transformed a high number of the population in different kinds of beasts and monsters.
Your character has to travel through a world populated by monster-girls(and boys) to reach the capital city, to make his new title official. Along the way you will be confronted with dilemmas and choices, followers will join you, putting their fate in your hands, and ultimately you will shape your city, and the whole island. We have planned 6 endings, 3 for a pure route, and 3 for a corrupting one. We aim to allow the player to customize itself as much as he wants, with different genders, heights, body builds, colours, clothing and hairstyles,while at the same time his choices will change his state of mind and either corrupt him or purify him, so you can play the adventure you want!
Change-log:
v0.2.9
TBD
0.2.8
New character: Livia, the baker, she’ll have a lengthy story, for now, the first few quests have been added to her, including with her art, portrayed above!
Exploration! Now you can visit few locations around the city. There are 2-3 corrupt and pure events in each (they appear depending on the corruption of your city)
Adding stats to the city, to simulate it’s growth and change. This includes taxes, budget points (to be spent in different areas). All of these will have a huge impact in how rich your city becomes (which in the future will mean how much money you earn each day), and also how corrupt it is. You can also have themes in the future, either going for a strict theocracy that fights corruption with a powerful inquisition, or a more hippie, pacifist, super free society, the choice is yours!
Fixing bugs! Including one which blocked pretty much all the content of Faustina, now she’s unlocked and you can finish her story line!
0.2.7
Finished Lucretius story, including the corrupt and pure routes. It also lets you choose what to research first, although this has no impact yet, soon you’ll see more about it.
Corruption of Itzel dominant. This content is available if you finished with the church of punishment. If you took her pure route you’ll have access to all the scenes, if you corrupted her half of the content is repeatable, so you can see most of it (the most spicy things anyway!)
A new whole set of adult scenes for your workers! In this case the variant is activated if you are corrupt and they are not, next month all of their scenes will be finished, which will total 4 variants (smut wotj good relationship pure, NPC corrupt, MC corrupt, bad relationship)
New porn scenes for the enemy dragons! Both for victory and defeat!
Combat reworked: Game may be a little bit unbalanced for now or tougher than before: Armour and weapons have new stats (although not all the descriptions are updated) and they impact more how you do in battle.
Many new art assets for the NPCs! New armours and hairstyles for the succubus, elf, wolf and dragons!
Added the journal! This took most of the time to have it work properly, but the barracks have been removed and everything related to management can be find here now.
Added variants to certain XXX scenes for the generic NPCs, now accessible through the journal too.
General bug fixes, including an important one that deleted many equipped items.
0.2.6
Celia’s story line finished! With a total of 9 quests (divided in two different paths, depending on your past actions with Itzel), and a corrupt and pure ending, it has some steamy content at the end too!
Next 3 quests for Vivica, this finish all the introductory quests for her, but she will have a very magical role in the story for 0.3!
Added option to transform Itzel (breasts, dick), but still no kinky scenes when you do this.
Added 2 choices to corrupt Itzel via hypnotism, with a total of 26 short scenes: A route with public use and a route without it. NOTE: Currents text are for her pure and loving ending, next month I will do the text for the dominant pure ending of her.
13 new porn scenes for the workers that live in the barracks, includes XXX, anal, titjobs, hairjobs and more fun stuff! With variants for futa, men and women.
A lot of bug fixes, some of them very important, but also a lot of minor corrections to grammar and writing, broken pronouns, etc.
A potion to grow a vagina in the store, kinda of a critical omission: If you didn’t started the game with a vagina, you couldn’t get one in game. Well, now that’s fixed at least!
Added 3 new hairstyles for the dragon, so the number of baldies will be reduced significantly!

The Rescue of Mermaids – Ver. 1.15.5 by Gillenew – Male protagonist