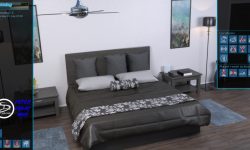 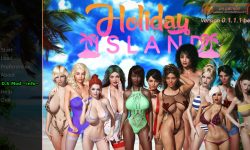 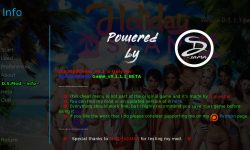 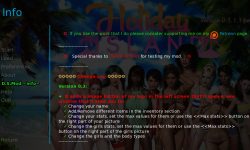 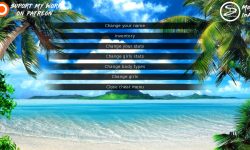 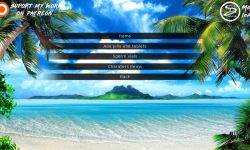 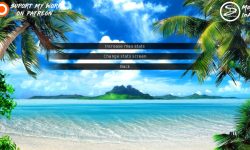 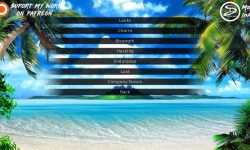 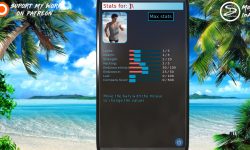 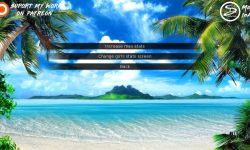 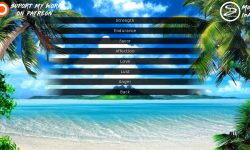 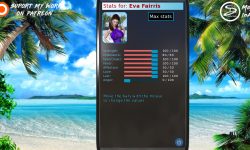 Description:
The story is about a young guy. He celebrates this at a party. Then he wakes up in the middle of nowhere. He can not remember what happened. He has a complete blackout! Did he drink to much? How did he end up so far away from home?
In this early version you will be able to play through the introduction.
Dataminers: please be so fair and do not post story spoiler when you dig around in my files. The game uses overlays a lot and CG-art.

Changes V10.2:
This update fixes 9 bugs / logic problems:
exception when the tired main character talks with a NPC
Pamela not unlocked as model
random hallway spider under user interface
Emily in impossible state / invisible at pool after Meagan and Josie scuba-diving dialogue ends
it’s no longer possible to finish the Fake ID-quest to early with Ayumi’s panties, existing ‘broken’ quests are can be completed by talking to Deadbeef again
exception with Emily in the girls bathroom due to calling the outdated/removed function cashgive()
Emily in the lounge can no longer ask for help in the restaurant when it’s closed
Meagan and Emily now have a bigger time-frame available to randomly appear in the girls bathroom
photographer job outfit bag: changing the selected outfit after picking a daily one resulted in the wrong photos
Big thanks to everyone who found and reported these. Pat yourself on the back! Especially the 4th was rare, hard to find and reproduce due to randomness.