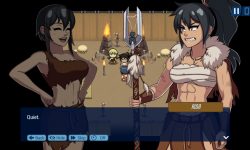 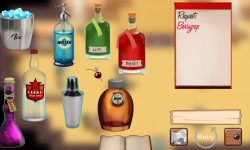 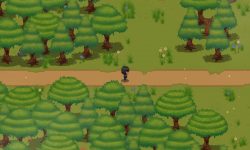 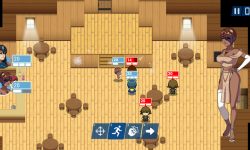 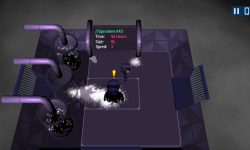 Game Studio: Anduo Games
Tags: anduo games, 2dcg, female protagonist, tactical rpg, mind control, blowjob, bukakke, gangbang, femdom, blackmailing, bdsm, domination,
Censorship: No
Language: English
Version: 0.10.0.pr1
OS: Win/Android
Size: In Download.
Description:
Third Crisis is an sex tactical-RPG that follows the adventurer and hero known as Vibe. After a mission gone wrong, she’s forced to adjust to her new way of life in the lust-ridden town of Carceburg. Whether she gives in to the bliss of submission or uses her sexual appeal to her advantage on the battlefield is all up to you!
As you delve deeper into Carceburg’s mysteries, you’ll come to uncover the secrets surrounding the crisis that saw humanity defeated and enslaved by the sinister organization Peitho.​
Change-Log:
V.0.10.0.pr1
– Added new main story content that includes combat, lots of new h-scenes, and a new
CG set that features the full nelson position.
– Added the night-time sequences for the bartending side content, including lots of
animated CGs and a new groping CG.
– Modified grass to be more optimized.
– Fixed issue where Jewel could defeat herself with Seductive Healing, and then still be
able to finish her turn while defeated.
– Fixed issue that would cause a character to become invulnerable to damage if they were
covered in cum.
– Fixed issue where the pause menu wasn’t available in the gallery
V0.7.6-r
– Added new CG set to the tentacle scene during the VR mission. The new CGs can be
viewed from the gallery if you have already completed the mission.
– Added new CG set to the two shower scenes, these can be viewed by unlocking the
shower or viewing from the gallery.
– Modified load and save menus to better support large amounts of saves.
– Modified the horizon sequence to heal the party after it’s complete.
– Modified Horizon intro dialogue to show Jenna’s character sprite properly.
– Modified combat to give a party character 1HP if they were defeated during the fight, but
the fight was won.
– Modified combat to heal all non-party characters after it’s completed, fixing some
possible edge cases where a character wouldn’t be healed from being defeated and
would need to be in a fight again.
– Modified Throb mission to add autosaves after every night.
– Modified save / load files to display the proper display name of a level instead of the
backend scene ID.
– Fixed issue where having a corrupt save in the save folder would crash the load / save
menus and cause Jenna to appear like a mannequin in the main menu.
– Fixed issue where the visual effects of equipment durability wouldn’t display properly
after loading a save.
– Fixed version checking to properly notify ingame when a patch Developed is available.
– Fixed issue where visual layers of equipment wouldn’t update properly (like the ‘open
top’ of the Vibrosuit).
– Fixed bug that causes the game to error out on the third prison scene.
– Fixed ability announcements drawing over the victory screen.
– Fixed a dialogue being completely skipped during the motel intro cutscene after waking
up.
– Fixed error spam about animations during the prelewd.
– Fixed problem where the third prison scene doesn’t reset whether it should play after
completing it (causing it to play when entering the prison to bug it or after the patrol
fight).
– Fixed issue where the prelewd CG wasn’t filling the screen properly.
– Fixed issue where combat music would keep playing after completing a fight.
– Fixed issue where camera wouldn’t reattach to Jenna properly in some cases after a
fight.
– Fixed issue where Jewel was halfway stuck into the ground during the cutscene that
plays after winning the first fight in Horizon.
– Fixed ‘A Commanding Presence’ tasks not completing after the corresponding missions
were completed.
– Fixed Throb patrol combat ending as if you lost even when you won.
– Fixed combat UI showing the last selected character on startup even if the character
isn’t part of the current combat.
– Fixed Throb patrol night 2 to properly show the girl on camera during the cutscene.
v0.7.5
– Added new holiday themed outfit with damage states that can only be obtained during
the holiday event, but can be kept afterwards.
– Added new short mission that involves spreading holiday cheer to the town of
Carceburg. Completing it grants you the holiday outfit.
– Added ability announcements that tell you what ability is causing a certain effect to
happen when it happens.
– Added festive changes to the main menu during the holiday event.
– Modified combat balancing to lower time-to-kill issues regarding the Lumber Rat
enemies.
– Fixed problem where energy wasn’t being properly taken away when doing a movement
that should have taken two energy to complete.
– Fixed problem with skipping movements not properly updating character positions (by
temporarily removing the ability to skip movements).
– Fixed visual bug that caused the hair of visitors in the townhall to disappear when
approaching during their porn animation.
– Fixed bug that would sometimes cause the player to be unable to interact with anything
unless they were below it.
– Fixed some problems with the job board not properly saving what missions it has
available.
– Fixed issue where screen fade would sometimes never disappear.
– Fixed default AI behavior to properly use all of its actions before ending its turn (Grunts).