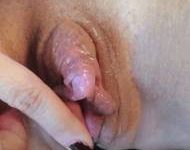 **Update** The new incarnation of the game has beeen largely reworked, to facilitate a more robust story and gameplay, now that it will be a stand alone work, rather than a chapter in a larger story.
Notably, it will make use of stats and variables. The story and actions one are presented with will vary, based on Michael’s level of corruption and dominance.

The game was initially desinged to be a free ranging romp from each of the characters viewpoints. This will remain, however the path Michael takes will have irrevocable impact on the game play going forward.
The player will receive notification, and a stat report whenever stats change. While using the back button to go back and view the other stories of the characters will work, it will *not* undo the changes to Michaels statistics, and thus is not a good option when playing Michael’s character. If an unwanted stat is attained, you will have very limited options for lowering the stat going forward.
To that end, it is adviseable to play Michael’s path last, of any available character, and progress through the story from his viewpoint as the final one, making you choices there. Failing to play michaels view point as the last option, could either set you on a single path course through the game, or, if the back option is used on his scenes, artificially inflate stats, dooming you to the other end of the pathing option. Either will work, but be aware of this in your game play.