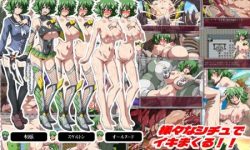 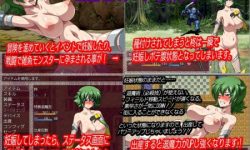 Censorship: There is a distribution of the game (s)
Developer: ONEONE1

Description: The hopes of Strelitzia rest on the shoulders of one young girl with the Power of Taima;
a power she has never Date, a power that can save them all.

● story
Long ago, in the Human-Demon War of Strelitzia
a special human clan known as the Higanbana won victory
using the Power of Taima, a power that could kill demons.
Strelitzia was at peace… until one Higanbana betrayed
the clan and used Taima as she pleased.
Her name was Rindou.
In the years that followed Rindou’s whims claimed many victims.
The Higanbana fought her but no one was powerful enough
to match her mastery of Taima. She was unstoppable.
All of Strelitzia’s hopes rested on the shoulders of one young girl: Hiragi.
It was said that Hiragi’s ability to wield the Power of Taima was limitless.
She just hadn’t realized its potential.
While the Higanbana were restless to take action against Rindou
Hiragi was content to play around at apprentice level.
She needed a jolt.
So the people sent her on a mission of awakening.

Fallen – Makina and the City of Ruins – Corruption