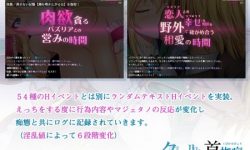 Description: A thing having the magical power that is more powerful than a currency rules over the all in the society where near sword and magic work in the modern world.
Deep red Yuriko is a Campus strongest magic fencer.
She has character that I am very earnest and am overbearing, but Fiance Finacee exists.
As a man mufufu ♪ na ji is postponement until marriage, but there is not it in the Virgin.
When I was raped in the past, have been robbed of it.

Revenging My Bullies by Fucking Their Moms – Harem