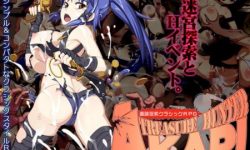 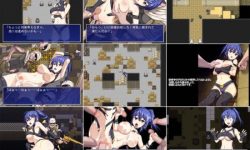 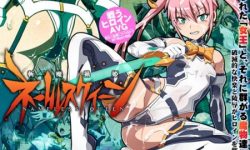 [b]Description: Modified humans known as fiends are created with the purpose of crossbreeding to make a new race.
To fulfill their desires, both they and Queen battle nightly in Hachimiya City.
Among this, a new powerful girl with a similarly modified body arrives to hunt the fiends. Her name: Another.
What more, Queen gets captured by this girl’s sponsor, Gold Bag Pharmaceutical, and is confined in an underground facility.

* A double-heroine battle adventure game!
In addition to the first title’s “Queen”, a new heroine “Another” joins the fight.
Enjoy her relentless and brutal fighting style.

*With modified physical characteristics, the fiends’ new reason for fighting is cross-breeding.
Furthermore, the heroines’ strong pheromones make them susceptible to drowning in pleasure.
Lots of intense H scenes await their immortal bodies.

*Lots of cut-ins and scrolling!
Get an x-ray view of the things entering their bodies. Enjoy seeing the fighting and defeated heroines’ figures.
This time, transformation scenes are included as well!

*The two heroines are fully voiced!
From the daily life parts to the battles and agonizing moments.
Enjoy the charming voice-over of Rio Kisaka as “Queen” and Chiroru Oyama as “Another”

Description: Our protagonist called “Queen” who was given a superhuman power
by means of body modification is targeted by evil creatures
because of her unique physical characteristics.

So-called fiends, people modified in the same way as Queen,
stalk her in order to mate with her and leave offspring.

Queen cannot live in peace without killing all fiends.
Through fighting fiends, however, there arise many obstacles like fiends’
immortal bodies, strong aphrodisiac pheromone, mind-breaking intense smut and…

Do not succumb to defeats and violations!

* The theme is “Fighting Heroine”!
The heroine wearing a risque battle suit stands against
fiends who are several times bigger than her.

To your child's heart Summer vacation of my secret ver. 1.71 – Big breasts