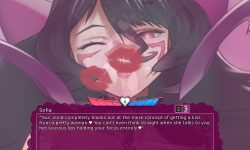 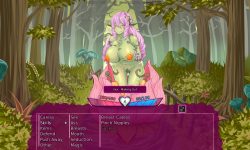 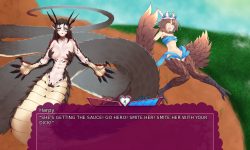 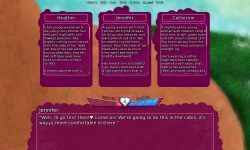 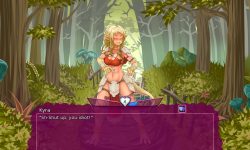 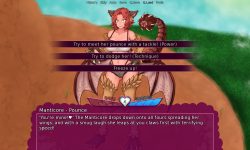 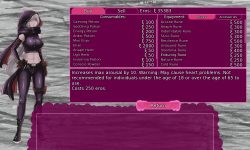 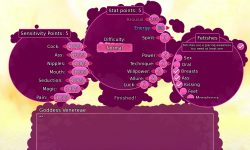 Studio: Threshold
Tags: text based, male protagonist, rpg, monster girls, femdom, turn based combat, rape, threshold,
Censor: No
Language: English
Version: 20
OS: Win/Mac/Linux/Android
Size: In Download.
Description:
Content
-Lillian has a new dialogue that gives you a free skill! Making this made me realize how out of Developed and clunky the NPC system is so in a future update I’m going to rehaul it so they just use the standard event system. Either the bug fix update following this one, or the Feng update.
-The manticore has received a content and combat update! You can now learn her name! Good luck! Some of her current progress trackers didn’t exist before, so there may be some inconsistencies with things she says, and depending on how much time you’ve already spent with her you may have an even pre-emptively trigger.
-The paralysis status effect has been added to the game.
v20 change log
Content
-Sofia’s fight has been completely redone, and the forest dungeon post completion now has the initial fast travel to character locations set up.
-Sofia has a second fight now and much better rewards for beating her.
Changes
-Spirit in character creation now costs/gives 3 stat points instead of 2.
-Swapped out Nara’s Command Masturbate skill for Captive Audience, basically the same.
Sound
-The game now has music. You have been warned.
-Music can be given to locations and adventures
-Enemies can have individually set battle music
-Sofia’s fight and loss scenes use sound effects, let me know what you think!
-Credits have been heavily expanded.
Art
-Jora has 2 new expressions. Loving and pleasured. I also trimmed down size of download on her repository a bit.
-Sofia has new expressions.
-Awakened Sofia’s art is now in game but is currently only used for one minor scene.
Modding
-Added VFX options to the game. (currently only used in Sofia’s fights and loss scenes as a proof of concept and for testing, can be turned off in options.)
-Added bodyparts, body effects and scene effects layers for monsters. (NPCs don’t get them yet because im planning to revise the entire NPC system soon.tm)
-Body extras and body effects always appear if they exist, like expressions
-Tuned up how the scene layer is displayed.
-New perk options: – CaressFlatDamage – Crit Chance Boost Self – Crit Damage Boost Self.
-PlayWhilePlayerSleeping can be put in the descrip field to override hiding the text for skills hitting when the player is asleep, made to allow combat events to properly trigger.
-Using a ??? actor/character in a display characters function adds a space/nocharacter in that spot.
-VFX, SFX and Music commands have been added.
Fixes
-Fixed an issue where using the recovery circle after romancing Feng would have the option to go to her room disappear.
-Fixed a broken scene jump in one of Jora’s conversations.
-Fixed issue where combat events could display dialogue for the player being close to cumming before them.
-Fixed Nicci not reappearing after beating her more than once.
-Fixed an incorrect event jump in Trisha’s combat events.
-You are now fully compensated for your work at the Inn if you’ve paid off your debt.
-Tweaked stat checks in a way that may fix some weird issues people were having.
-Fixed an issue with permanent fetish gain displays for gains higher than 1.
-Assorted typo and edits with special thanks to the game’s discord channel.
-Edits to the blue slime thanks to william the shatner. Even some very minor combat tweaks.

Save Integrity: Good, probably. Make sure to load your old save in town!
Mod Integrity: Goodish. -Reminder to manually update your save in options while in town, if you want to use an old save when you add mods.