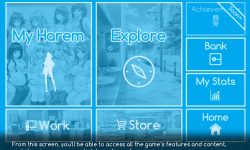 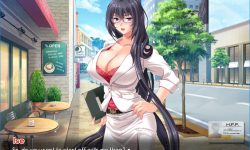 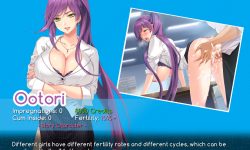 Description:
Haramase Simulator 2017 is an open ended visual-novel focused on the impregnation ‘fetish’. In it, you are free to roam around and impregnate as many women as you can, provided you know how to manage your stamina, money and other stats. The game is currently being on the market, and it’s in the very early stages of development.

Year of 20ХХ. At the end of the Third World War, the ratio of men and women is 1 to 20,000. To restore the population, various repopulation programs are carried out, for example, in Japan, a suitable H.F.F. card, upon presentation of which any fertile girl is obliged for some “contribution” “to help make up” the population of the Earth.

>Updated UI
-Lots of improvements to the user experience.

>Custom Character Creator (CCC)
-We have given you the ability to easily add your own custom characters into the game, if you ever wanted to start to learn how to use RenPy now’s a great time. (All future dev admissions will require a completed character in CCC)

>Job Overhaul
-We’ve upgraded how the job system works. Jobs are now catagorized and have a new way to progress through a career path.

>New Characters
-Stephanie – A masochist who you might have seen wandering around the pool.
-Inari – Very VERY late game character, you’ll meet her eventually.

>In Game Updater
-We now have the ability to send the update directly to you!
-This allows us to Date a lot more minor updates rather than a rare major one.

>Removed Characters
-Kira – This criminal sis was dropped on the team with poor CG sets, terrible script, and barely functional code.
-Beatrice – Eventually made into a separate character from her first appearence in Kira’s script, but suffered from the same issues of bad CGs.
-The sisters will be back in a future update with updated scripts/sprites/scenes/personalities.

Kamichichi – Harem Fantasy – Good or evil will save the world Ver 1.30 – Harem

The Idols Who Became Toys of Angels – Harem