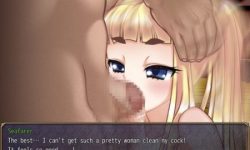 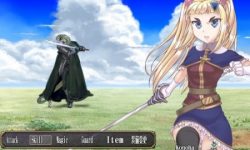 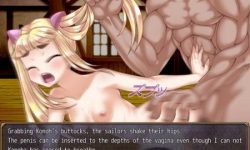 Developer: Black Panda
Tags: black panda, rpg, fantasy, blonde, twin tails, rape, nasty, warrior, tentacles, bdsm, dfc, neko,
Censorship: Yes
Language: English/Jap
Version: 4.11 + 1.1 Translated
OS: Win
Size: In Download.
Description:
When the Dark Devil rises after decades of slumber,
the only one who can suppress it is a priest of the Central Church of Gadhys.
A magical hero is enlisted to guard the priest.
However, the Dark Devil has already gained such power that countless priests
and heroes have been lost to the castle. The kingdom of Gadhys must
put all their faith in one priestess… but she’s still just a young girl.
– open world R-18 RPG, roam freely from fields to dungeons
– 31 base H event CGs
– monster smut, human adult, rape, prostitution, machinery, drugs!
Revision history:
VER 411 pill related correction
VER410 Las boss adjustment Delete unnecessary events
VER409 Various bug fixes
・ Fast travel can not be used after the scenario of the cave of the devil is cleared.
・ Samune of Oak Gangbang remains rough, with different thumbnails of Another Kuropan in retrospective mode.
-Other corrections such as text that can not be seen in other retrospective scenes, other CG such as CG not displayed
・ If you reveal the true character to Alice after controlling Madolche in another mode, Madolche will make a normal response
・ The graphic of the sword equipment is worn when wearing a priest’s robe
-Destroy the pure white pendant and end it with items from the room’s mommy in front of it
The pendant is not re-obtainable if acquired
VER408 bug fixes
・ The bug that detailed display can not be used after using item box
If you can not do the item details will be restored if you open the item box again.
・ A strange place of movement position on the pirate island Vulgan, a problem with the display of the mining point graph
・ Through the crack in the barrage dungeon, the third floor switch is activated many times
・ Battle BGM remains as a boss (may not be completed)
・ Display problem of Ajito treasure chest of Odette
The code on the door of the treasury of the king:
5428167
263
03/30/2019 Fixed translation 1.1 (corrected critical errors and design)
Patch separately. Unzip the data with replacement folder.

Dieselmine – Arle the Sorceress – I’m Smarter Than This Why Is This Happening Ver..01 – Big breasts