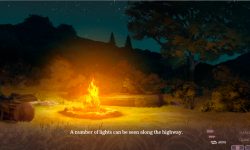 Studio: Astronauts: Sirius
Tags: astronauts sirius, adv, jrpg, fantasy, dark skin, elf, knight, big tits, anal, blowjob, titsjob,
Censorship: Yes
Language: English/Jap
Version: 1.03
OS: Win
Size: In Download.
Description:
An adventurer’s guild “Amakakeru O-Hitsuji” operates from a pub in the outskirts. The Guildmaster cum pub owner Neil and his daughter Lusit run the businesses. This guild is now faced with an existential crisis.
The remote town of Dantor is situated on the foothills; it was formerly a massive mining complex run by the dwarves, but with their disappearance the town is now a hotspot for adventurers looking to get rich quick from what is now an enormous underground labyrinth. Amakakeru O-Hitsuji was but one guild which kept the mass of ambitious adventurers in control, but the retirement of capable adventurers and the rapid rise of the formidable rival guild, “Kokuyou no Tora” has contributed to Hitsuji running at a loss in recent times.
Everything came to a head the previous month when the notice revoking the business license was delivered to the struggling guild. The town of Dantor only permits officially licensed guilds to operate so as things stand Hitsuji is on the verge of collapse. To renew the business license, Hitsuji has to produce tangible results within a few months.
During this time of crisis, the leading guild breadwinner, the skilled warrior Edgar, has his strength drained by a mysterious monster whilst exploring and is severely weakened to the point he cannot continue his trade. For the remaining guild members, this disaster is the last straw precipitating their exodus. Edgar remains as the sole registered adventurer of Hitsuji.
At this juncture Lusit offers Edgar the position of new Guildmaster. Lusit’s reasoning considers her father’s advanced age and the effect of having Edgar with his fame as a skilled warrior take the reins, which would encourage young adventurers to gather at the pub. Edgar, who still had lingering regrets over his career-ending accident, thought about his present physical condition and his desire to pay back the guild which he had grown fond of and decided to take up Lusit’s offer to become the new Guildmaster of Amakakeru O-Hitsuji.
And thus, the ex-adventurer Edgar begins his new life as a Guildmaster.
Installation Procedure:
First, install the image, later, depending on the situation, patches.
Patch:
Install the patch 1.01, the version of the game on x86. Further, depending on the desired bit depth …
x64: set 1.02-1.05
x86: set 1.03-1.05
We put the patches sequentially, after installing it, switching to another bit will not work.
To start the game correctly, the locale and format of the system must be in Japanese.
Regarding the translation into Eng: we throw ReiPatcher into the game folder, we run as administrator.
If the program is installed without problems, run the shortcut “GuildMaster_Game (Patch and Run)”
An error occurred during installation:
1) go to the ReiPatcher folder in the game folder
2) find the ReiPatcher.exe file and create its shortcut in the same folder
3) go to the properties of the shortcut and in the item “Object” at the very end we add -c [gameexeininame] .ini, run the shortcut
4) if everything is done correctly, the [gameexeininame] .ini file will appear, open it and fill it with the GuildMaster_Game.ini file (transfer the specified paths to the files)
5) we launch the shortcut a second time, the game with the English-fixer should start.

Kamichichi – Harem Fantasy – Good or evil will save the world Ver 1.30 – Harem