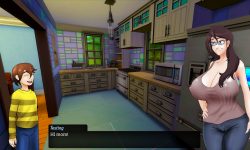 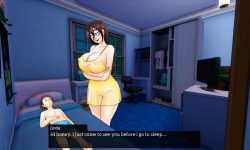 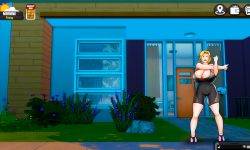 A man with a poor childhood tries his best to overcome and forget, but nightmares pursue them, and he feels he needs to do something, by finding an artifact that will give him a chance to fix his life and bring him a lot of fun.

Menu cover has been updated;
Bernice Bust, we put the hat on;
Bug fix: Character was following the character even when the energy of the character had run out, fixed;
Bug fix: Linda’s Grind “About the kiss” was disappearing without even being done at least once, fixed;
Some grammar fixes.

0.2 and 0.1 Save Games are no longer compatible, (Typing “gen-previous-save” when starting a new game will provide you a save game with all 0.2 content concluded, after that you can put any nickname you want, the code must be placed first, in the place where you put the nickname, after you put the code, you can type in any nickname you want.);
New Grinds added to the game;
BUG: Player name resets to “Player”, FIXED;
Inventory implemented;
Items implemented;
New locations implemented
Game map had the layout reworked;
You can change your nickname at any time in the game, click on your phone preferences, the “gear icon” and you will have the option “Change Your Name”;
General bug fixes;
New Art: