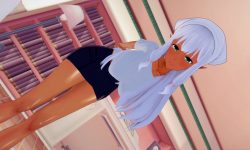 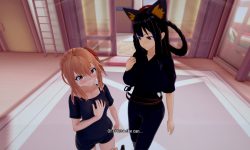 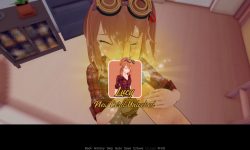 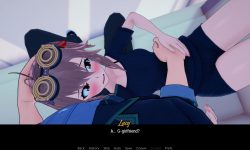 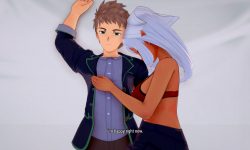 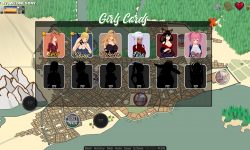 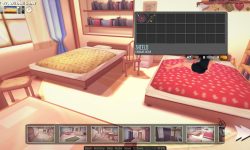 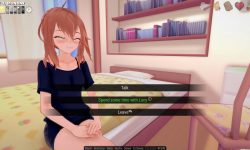 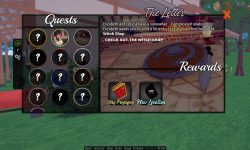 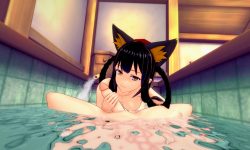 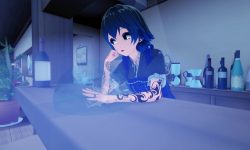 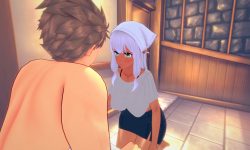 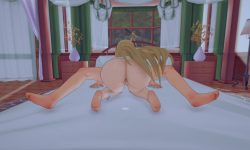 In Hero’s Harem Guild you’re a simple poor guy who becomes a community hero for surviving a powerful demon attack.

You’ll lead a Guild full of beautiful adventurers willing to work, train and fight for you. Upgrade the Guild, repair the town, seek new members, build relationships with those that already are and complete quests in this RPG-themed world to unlock fully animated and uncensored lewd scenes.

Remember: This update is NOT a CONTENT update. It’s a solid update ready to ADD content. v0.0.1 was the demo. This is technically the first version of the game!

This game is REWORKED! It will crash instantly!

You’ll now have an intro when you first enter the game. You’ll see this intro only 1 time. Doesn’t matter how many saved games you have.

The main menu was changed. Showing all 12 girls.

And a beautiful button for patreon added uwu

Added a confirmation screen whenever you try to exit the game. With links to patreon, discord, andItch.io.

Removed the “Blur” effect from the prologue.

Now the game gives you a tutorial whenever you unlock something.

You now have the option to use the clear guy or the black guy.

You can change this easily in the options menu.

BLACK GUI: A line cuts the screen, showing a white dialogue with the name of the character talking in the upper middle. All characters have white dialogue. This screen is shown in every scene.

CLEAR GUI: No line cuts the screen. No name is shown and the characters has color names representing the character himself. When a new character is on the event, it switches automatically to black gui.

No longer works just for quests

The inventory disappears automatically if another action is done

You can now USE the item when clicking them.

The inventory sorts automatically according to type and rarity. It follows this order: Quests, Tools, Items(Legendary,Epic,Rare,Uncommon and Common)

Currency now appears in the inventory

Added animation and sound to the open/close inventory action

Added animation(popups) and sound when you get an item.

Added animation and sound when you get money.

Added sound when you use money.

Now every quest have is own background and icon!

You can see detailed information about what’s your actual objective, together with a description of what happens or what you need to do.

You can now see the rewards of that quest.

Quest in developments appears as “QUEST IN DEVELOPMENT” only when you reach the Released objective.

The quests don’t sort automatically, but you can disable/enable: Completed quests, locked quests, and quest in development.

Added a notification on the quest icon when you update a quest.

Added animations(pop-ups) and sounds when you discover a new quest, complete a quest and complete an objective.

The clock is completely new. You can see clearly what day is, what weekday, the time you’re actually (Morning,Noon,Etc.) with both a picture and text. You can lock/unlock the text clicking the picture.

Added a WATCH to pass time in the place. Hurray!

Changed completely where the arrows are.

When you’re inside the guild, a bedroom button appears. Teletransports you to your bedroom. Leaving your vital organs in disrepair

When you’re in your bedroom, a Contract button appears. It teletransports you to the board. With the same miserable destiny.

GUILD MAP -> You can now buy a Guild Map from the Quintuplets to fast travel in the guild and access new zones!

Added a new zone: The Library, you can access it only if you have the guild map.

Changed map, it now has trees! ♥

Added a new explorable zone: Lake, you can fish there.

The old market was completely deleted.

Added a new market with 5 new zones inside. (For now, obviously)

Added a fishing post. You can sell the fish you get on the basket.

More easy and simple to understand.

You don’t receive the coins automatically every morning. They keep saved on the board. Go and claim it!

Lucy is not an Adventurer anymore.

Luna and Evie are the only ones capable of making contracts

You can fish to get money in the early game.

You can sell the fish on the market.

Yes. You can skip that 4 seconds sequence if you hold CTRL while clicking the rod. You’re welcome

Now every girl has levels! Starting at level 0! Every level is one event.

Affection is the same as EXP. You need affection to level up the girls. You can get affection passing time with them.

When you reach the necessary affection, you need to wait one day to unlock THE TIP and being able to see the event and level the girl.

Added animation and sounds when you meet girls! It is like catching pokemon, but with waifus.

Added animation(popup) and sounds when you level up a character.

Now scenes that implies multiple characters give you affection. For example, In an event when you level up Shino, you get affection with Fara.

Cards suffered a complete and beautiful rework. Completely animated cards with some info about the character, a circular bar of exp, and two new options;

You can activate Quick View from a girl’s cards to see her progress in the top right corner of the screen. If you touch that icon, the card of the girl opens.

You can add girls to favorites. The girls in favorite will be on top of the Quick View and the Cards List

It’s easy af to get affection. For now.

– Changed Shino’s color name to represent her hair, not her clothes.

– Added the “Kami” Character. Represents the Studio and tells you whenever one zone or feature is being “built”!

– Added some new characters that will join the Harem

Ari and Leticia were completely reworked.

Elizabeth had some small changes.

Sunny was disabled in this version due to a big change to her. She looked a lot like Zara, from Azur Lane. She’ll be available in the next updates.

Maria, Narissa, Leticia, Ari, and Elizabeth are not available due to lack of time and problems in pc performance. I’ll buy a pc really soon. They will be available soon.

Disabled future events of Fara-Luna and Evie-Lucy. They will be back when needed in the future! No more future events!

Evie only can join the guild and work.

ADDED SPANISH LANGUAGE. It’s in beta. So it has some bugs.