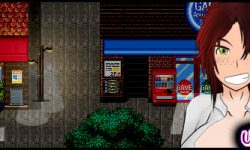 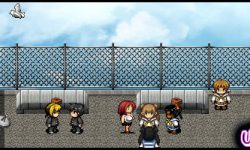 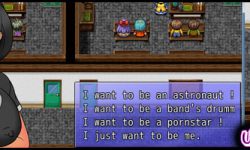 a little fix for the Date.
– fix the possibility to save after the ordealum trial when using old saves
– fix the Ms. Jamming auto BJ in class.
– fix the access to the poketball icon.

Taken from the blog:
First, UxL is like a Harvest moon game about the interaction you can have with the NPC. Each iNPC has a variable that will change depending of your actions. The difficulty was to create groups of variables by type of NPC that can affect only one iPNC by crossing these variable. For now it works, but i have to test this methode with a much larger number of characters.
These iPNC are also influenced by the gender that you’re using. It means that a character won’t react the same way if you’re a girl or a boy.
So depends of your gender, you’ll have a list of duty you can do (or not) to discover what these iNPC really want to do.
The main character will be the same for all the game, but he can change his appareance. I won’t talk about the story and how it will be possible. The objective here is to ensure that the player can explore all aspects of UxL in one game.
About the main quest, it’s more like a phoenix wright game. You have to find clue to investigate the story and meet some specials characters that you have to confront with all the elements that you have discovered. It also represents a challenge because it depends on the way the player will play the game. It meens that you’re not restricted to meet “that” guy to advance the story, but you can meet several characters and investigate about some of “them” at the same time. I tried to put this mess with variable but it was ineffective at some point so i’m only using event to do this and it’s soooo long to do it this way.
There’s also some minigames like the card battle system that you could have seen in the vid. The fact that there is no battle system in UxL is one of the reasons i wanted to insert these minigames and add some challenge related to the skill of the player. This part is optionnal for the player but will reward those who succeed.
So the game is not only a “lose & hardcore” or a “quest related”. Hscenes may occur depending of your actions anytime.
Finally, one more reason to have split the game’s development by district of the city is because I am aware that the game represents a considerable development time.
This will allow me to offer you a demo of the game once a district will be over, to fix any bugs, and to continue the development of the next district.
It took me more than 5 months for the first district, and I’m just about to finish it. But the worst is behind me now. What will take time now is writing all the events and make all the animations that are missing for now. The big part of creating characters and tileset is now quite over. I didn’t make all the scripts or characters i’m using. When the first demo will be out, i’ll credit anyone that should be like Mack or MA