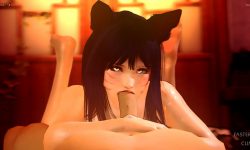 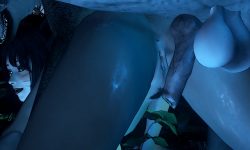 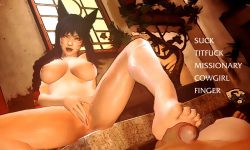 Description:
Being tasked by your Master to assassinate the Eye of Twilight should have been a great honor.
But instead, fear washed over you. The last disciple to be given this mission never returned.
Rumors were abound of a mythical fox spirit guarding the steps to the temple.
But surely these were just old wives’ tales? The fox was the stuff of legends, whispered to take the form of a beautiful young girl to capture the spirits of unwary men.
At night, it was said to cavort with the beasts of the forest to satisfy its carnal desires.
Such a creature belongs in fairy tales, not reality… and yet you were uneasy. You swallowed your fear, and began the climb.

Nidalee – Queen of the Jungle by StudioFOV – Big ass