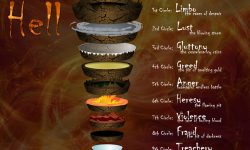 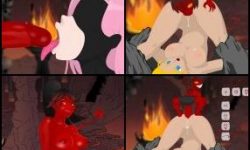 Game Developer: Pgspotstudios
Tags: pgspotstudios, rpg, demons, corruption, big breasts, oral, bukkake, lots of cum, ffm, threesome, explicit sexual content, turn based combat,
Censorship: No
Language: English
Version: 2019-03-08
OS: Win
Size: In Download.
Description:
The Legend of LUST is our current main project, an smut RPG game in constant development that sees the Developed of a new update every month. The game follows the story of Lust, a demon from the 2nd circle of hell. It features lots of explicit sexual content, violent turn based combat, various realms that Lust will be able to explore and conquer, evolving characters and much more.With a small contribution the project will be kept alive and its development will continue with monthly releases.​
Change-Log:
2019-03-08
TBD
the Great Plains update
– Maria sluttiness lv 1 adult scene.
With this update we are also bringing the lv 1 sluttiness smut scene for Maria. This includes the blowjob expansion with relative cumshot, a bunch of new facial expressions animations, new dialogues, new details such as the ability to toggle on and off Lust’s hand holding Maria etc. This scene currently has 2 know, but minor issues, a facial reset issue and an eyeball movement issue. These issues have been reported by our Official Beta testers and we would like to thank them for their assistance.
– Valley of Pleasures feet fetish expansion.
We have added a new scene to the Valley of Pleasures that should please our feet fetish aficionados. Check out Illustria as she engages in some feet on cocks actions.
– Patron only sexy teaser.
We have also added, at the very last moment. A small animated scene to work as a teaser for the next update. This scene can be found at the end of this update and can only be viewed by you our Patrons.
– New Realm.
The Beast Kingdom is now open.
– 2 New areas.
We have introduced 2 new areas with relative characters, interactions, dialogues etc. The War Council and the Great Plains.
The Great Plains come with a variety of locations to visit and that will host various interactions. It is a work in progress so for the moment only 2 locations are open.
– Shade Armor.
At the end of the last update, Lust receives the 1st armor in the game. It offers a +1 defense to Lust when equipped. You may find this armor in the inventory in the Ego Chamber.
– Ego Chamber Inventory and Equippable Items.
We have done a lot of work on the Ego Chamber inventory. The game now can sustain equip items and the Shade Armor is just the first of these types of items.
– Consumable Items and Battle Items menu.
When you battle you will notice a new battle option called items. This pulls up an inventory that will allow your chosen character to use an item.
For example, once you have crafted a health potion, you will be able to use it during a battle via this new battle menu option.
– Stat modifiers edit.
We had to edit some of the stat modifiers in order for them to work properly and in line with the relative guide. For example, Endurance should modify your char’s max HP value. It used to simply add a damage reduction during battle while now it actually does what it should do.
– Glitch and fixing.
We also spent quite some time this month fixing a bunch of issues. For example, we did some work on Hottie’s special attack, both in battle and the Ego Chamber as well as a bunch of other minor things.