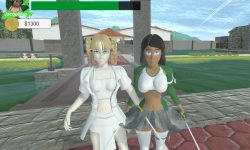 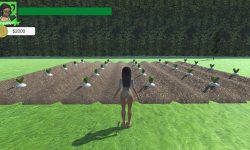 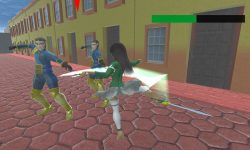 Game[/url] is about, but what is a Goddess in the game’s world? well long ago there was a powerful class of women that learned to use sexuality as a great source of power, they became extremely powerful warriors as their bodies were incredibly strong, and a single girl was able to destroy an army of well armed men, they were feared by many and admired by many others, some of those women used their power to help humanity, but many others used their power to cause fear and rule over the land, they called themselves “Goddesses” so the term remains even now. But after many years some people began to form groups to fight them, they learned how to fight those goddesses and then a new era began, it was simmilar to a witch Hunt, and some of them were killed for their amazing sexual power, even those who used their power for good, many “Goddesses” hid from society so they won’t be chased and killed, and so the legend of the “Goddesses” remains to these days.
And now, a little neighborhood has the legend of being one of the last places where women were free to practice and learn the art of becoming a “Goddess” and is kind of popular for tourist and fans of those legends, but now rumor has it that young[/url] girls are learning once again how to become a “Goddess” and there are powerful groups that won’t let that happen, so even if the rumor is false, they aren’t taking any risk, so the order is clear, if a girl or women is suspicious of practicing to become a “Goddess” she must be killed.
Jacquelyn, a young women that lives int that same neighborhood is actually trying to become a “Goddess” so the rumor is true, and she’s not the only one, there are many “Goddesses” out there, so she has to make something to protect the remaining “Goddesses” frome whoever wants to destroy them, then she mets another girl named Ana that will help her in her journey as she is a “Goddess” to and acting as Jacquelyn’s mentor, as she has more experience in that art. Then the journey begins, find as many “Goddesses” as you can, improve your sexual skills and find who wants to destroy your kind and why.