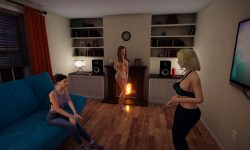 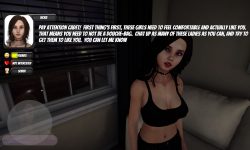 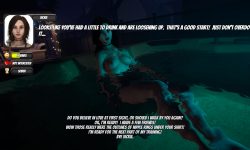 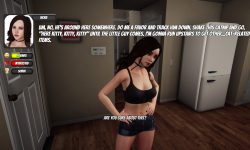 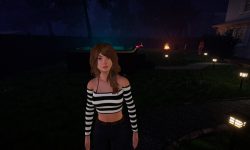 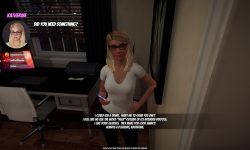 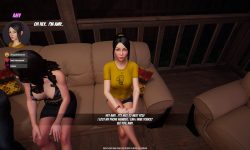 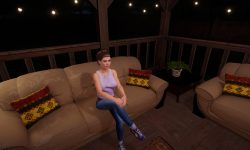 About this game:
The House Party game (which is available for free right now on the site mentioned below) is similar to a lot of the browser-based games where your choices influence your success as you progress in the game, but it plays like a first-person RPG with interactive game models, characters, and physics, like the aforementioned Leisure Suit Larry. My inclination is to take these games in a much more raunchy direction than the LSL series however. The games will be ripe with foul language, nudity, and XXX, but hopefully be just as funny and engaging. There isn’t much of a story to play though right now, just a few objectives to complete while I work on the gameplay mechanics. There are multiple story-paths though and different outcomes based on your decisions.
User Controls:
W, S – Move forward/back
A, D – Strafe left/right
C, Z – Crouch/Stand

• Added Vickie Vixen
• Added Derek
• Added Amy
• Smoothed and tamed some conversation animations.
• Fixed an issue where characters would talk to themselves when alone.
• Removed quest “Talk to Madison”
• Added quest “Talk to Derek”
• Changed opening story narration
• Added many tips to help out with some quests
• Allowed for continuous dialogues in most dialogue interactions
• Improved smut mechanics
• XXX now works anywhere (custom story creator)
• Added cowgirl style porn
• Players can no longer load Save Files from previous versions of the game
• Mouse sensitivity slider has had its min/max threshold increased; general mouse feel improvements.
• “Black screen”/game load failure tied to on-screen nudity and/or Censorship options has been fixed.
• Slight adjustments to speaker volume level in the living room over the course of 0.6.5 to 0.6.6.
• Saving a game during an intimacy scene then reloading that scene should no longer break the NPC or their interactions with other NPCs and quests. Instead the game should Load to the beginning of the intimacy scene.
• Game state (tampered soda, etc.) of certain items is no longer lost upon Save/Load of game. Ongoing process but the functionality should be markedly improved.
• Added more dance moves for Stephanie and other characters
• Added motion blur
• Enhanced post processing
• Added several new animations
• Added quest “Good Girls Gone Bad” (Partially complete)
• Console Updates
• Events on a timer now correctly save and load, and will be executed after a load.