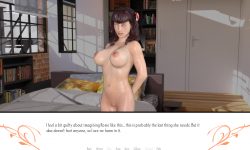 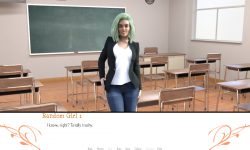 == What changed from the original version? ==
Quite a lot. I remade the game from the ground up, so…
– Switched from RPG Maker engine to Ren’py
– Replaced all images with my own rendered ones/copyright free images
– Added the option to play as both female and male protagonist. Original only had male protagonist. This took a lot of time to implement and required a lot of rewriting, but I think it’s worth it.
– Added the option to choose between 3 different breast sizes for Rosie, the main romantic lead of the game. This once again took a lot of time to implement. Not sure if it was worth it, but we’ll see.
– Altered quite a few scenes in other minor ways

== Change log ==
Version 1.0.1:
– Fixed a bug that potentially crashes the game
– Fixed an early part of the game where the main character is always labeled as male, even if you play as a female