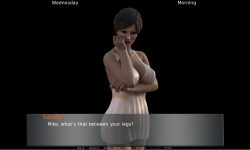 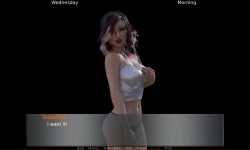 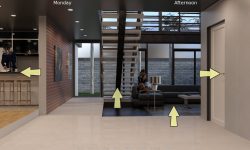 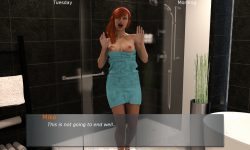 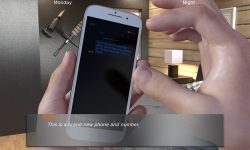 Mike, or whatever you decide to call the MC returns home after a failed job hunting trip. His dad declared dead a few years ago after he mysteriously vanished, he is now forced to move back in with his landlord and two roommates he had been living with before he left for his trip. Two days after he returned, he is approached by a strange old guy who wants to make him a proposal Mike is not allowed to refuse.

After suddenly waking up the next morning, things go wrong when he starts loosing feeling and control over his right arm at the worst possible time. That is when he discovers the reality of what happened the previous day. For the price of an arm, literally, he can now control time and who knows what else…

The game will allow the player to stop and even rewind time for a certain period, depending on the power level of the arm. There will be some unexpected side effects which might or might not be useful to Mike. The game will take three routes the player can follow for one of three possible endings. This will depend on his “Alignment” to good or evil.

Mike will eventually be able to travel to various destinations on a world map and when the arm reaches a certain power level, and our Patreon goals have been met, then even the stars and beyond will become his playground or victims. New people and … well, “non-human” people will be met and can change the course of the game.