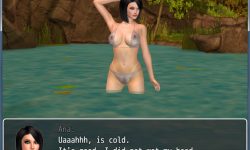 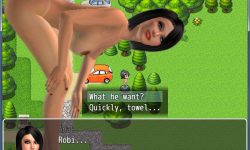 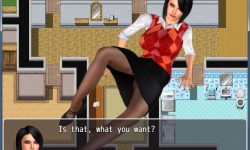 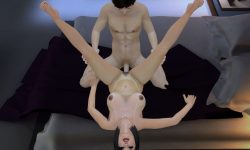 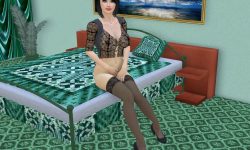 Ana is close to forty, happy (or at least happily) married to Peter. They have two children, older daughter Tatjana and younger son Jure (George). Their home is in the small town of Podval. Tatjana is rarely home because she is studying in the city (Zidan), plus perform student work. Jure is attending high school, which is also in Zidane. In order to avoid everyday commute, he is living in a boarding school during the week.
The first part is entitled From MILF to MIF. Quite unambiguous title, and I assume that you have already played it. Game follows the story and because this is the basis for the continuation it also mean that the game is quite linear.

Living With Temptation 2 Foreign Affairs from Lesson of Passion – Lesbian